Sydney/Tokyo: Air travellers to the United States will face tougher COVID-19 testing rules as several countries moved to seal-off their borders amid growing uncertainty around the virulence of the Omicron variant and its ability to dodge existing vaccines.

In Asia-Pacific, Hong Kong and Japan said they would expand travel curbs, while Australia was bracing for more Omicron cases after at least two people visited several locations in its biggest city while likely infectious.

In an attempt to stave off hasty global border restrictions, the World Health Organization called on countries to apply "an evidence-informed and risk-based approach" to travel measures. Blanket travel bans will not prevent the spread, and they "place a heavy burden on lives and livelihoods", the WHO said.

More than 50 countries were reportedly implementing travel measures aimed at potentially delaying import of Omicron as of Nov. 28, the WHO added.

First reported in southern Africa a week ago, Omicron has triggered global alarm, led to travel bans, and highlighted the disparity between massive vaccination pushes in rich nations and sparse inoculation in the developing world. 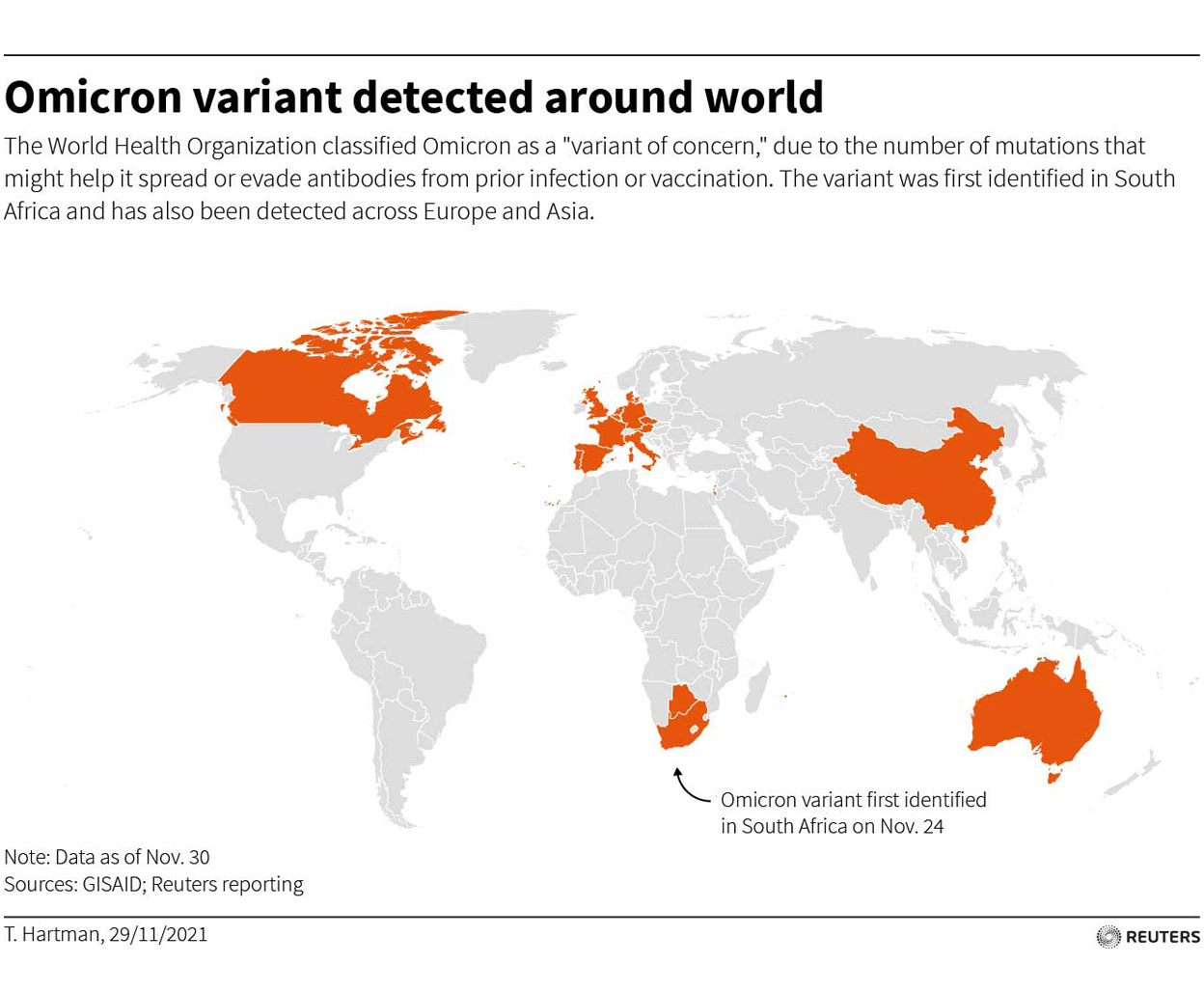 The United States is moving to require that all air travellers entering the country show a negative COVID-19 test performed within one day of departure, the Centers for Disease Control and Prevention (CDC) said.

Currently, vaccinated international travellers can present a negative test result obtained within three days from their point of departure. The new one-day testing requirement would apply equally to U.S. citizens as well as foreign nationals.

The administration is also considering whether to require air travellers to get another test within three to five days after arrival in the United States, officials said.

While the CDC did not confirm that, it noted it continues to recommend all "travellers should get a COVID-19 viral test 3-5 days after arrival" and "post-travel quarantine for any unvaccinated travellers".

The CDC lists about 80 foreign destinations as having "Level Four," its highest level of COVID-19 transmission, and discourages Americans from travelling to those destinations.

In Asia, Japan, which had already shut its borders to all newly entering foreigners, said it would expand its ban to foreigners with resident status from 10 African countries including South Africa.

Hong Kong will expand its entry ban for non-residents to three more countries, Japan, Portugal and Sweden, from Friday.

The country has not reported any confirmed cases of the variant so far.

Global airlines are preparing for fresh volatility, analysts said, as Omicron could force them to adjust schedules and destinations at short notice and to rely more on domestic markets where possible.

"It feels a little bit like we are back to where we were a year ago and that's not a great prospect for the industry and beyond," Deidre Fulton, a partner at consultancy MIDAS Aviation, said at an industry webinar.