Alathur: A confluence of cultures spruces up for a tough poll battle

The Alathur Lok Sabha Constituency in Kerala, spread across two districts of Thrissur and Palakkad, is an eclectic confluence of languages, accents and cultures.

To the extent that a casual enquiry over telephone from the election committee office in Kunnamkulam may leave a party worker in Meenakshipuram, bordering Tamil Nadu totally confused as the local accents differ widely.

The query in Thrissur-accented Malayalam may be answered in Tamil.

Even the Malayalam spoken at different parts of Alathur constituency differs vastly.

While it is the pure Thrissurian accent in Kunnamkulam, towards Thiruvilwamala, the land of the Malayalam literary stalwart late V K N, the accent shifts to the ‘Valluvanadan.’

As you move into Tarur Assembly Constituency, leaving the borders of Thrissur district behind, you will encounter somewhat watered down Palakkadan accent.

On crossing the Chithali hills, the dialect changes again – a mixture of Tamil and Malayalam, spoken by the characters of O V Vijayan’s novel, ‘The Legends of Khasak.’

At Meenakshipuram and Muthalamada, bordering Tamil Nadu, the wall writings are in Tamil.

Candidates have to request for the votes in Tamil.

Majority of the voters in Alathur Constituency have never set their eyes upon the Alathur Angadi (market).

Of the four people who were standing in front of the ‘thattukada’, or roadside eatery, at a junction within Kunnamkulam Assembly constituency, only one had passed along Alathur while travelling along the National Highway.

Even he had not set foot at Alathur market.

Just whizz past Alathur in Super Fast Express. Some of the people hailing from Vadakkancherry used to go to Alathur market via Chelakkara, but not many people from there have seen Chittoor or Nenmara.

But, the stock for most of the toddy shops in Alathur Constituency arrives from Chittoor!

That way, it seems only the 'spirited souls' seems to have a general idea of the constituency.

Another parallel could be drawn between the portions of the Constituency spread in two districts – the craze for Pooram-s and Melam-s (the percussion ensemble).

If Palakkad has the Nenmara – Vallangi Vela, Thrissur has Uthralikkavu and Machad Mamankam, all within the same constituency. The legacy of the Melam spreads from Pallassana, Pallavoor and Kunissery along the rivers Gayathri and Mayannur, towards the great river Nila.

Alathur Constituency was formed four years after the death of Vadakke Koottala Narayanan Nair, the author better known in his initials – V K N, who had created the delectable concoction of power, politics and sex in his fiery short stories in explosive language.

Were he alive, V K N would have penned another satire, on the layout of this constituency.

Even the other regions boast of no lesser shades of red. This year also, the Left Democratic Front is fielding Biju. And in posters and wall writings, he’s no mere ‘Biju,’ but ‘Dr. Biju.’ That too with a doctorate in Polymer Chemistry.

Of the seven Assembly Constituencies in Alathur LS Constituency, only Vadakkanchery elected a UDF candidate in the last Assembly polls.

According to the results of the last Assembly elections, the LDF has a margin over 90,000.

But the LDF workers are not blinded by this margin. Most of those we had met in the Constituency were agreeing upon one factor – that nobody is going to have an easy walkover. And there won't be huge margins.

The public of Kerala realised the real mettle of Ramya as the campaign unfurled.

The young woman, went on to become the Youth Congress National Coordinator through the Talent Hunt programme conducted by Rahul Gandhi in New Delhi six years ago, is also an active participant of the Adivasi – Dalit agitations launched by Ekta Parishad.

Ramya had entered into Dalit agitations straight from the Sabarmati Ashram under the watchful patronage of the Gandhian Dr P V Rajagopal.

She has learned the English and Japanese languages by herself and participated in the Asia Pacific Youth Conference held in Japan in 2012.

She stepped into the electoral arena with utmost humility. Then her songs and smiles became viral overnight.

Biju’s own friends and well wishers themselves have turned Ramya Haridas into a minor celebrity overnight, through their jibs and jaunts.

Biju might have been fuming – some of the damage was done from his own side.

After attending the usual prime time discussions in news channels, Ramya entered the households of the Constituency.

Now, the LDF is focussing upon conveying their message through a cinema. The small crowd of people who gathered around a mini lorry stopping at a junction in Placchimada are watching a ‘cut piece’ film made out of visuals edited from films like ‘Lal Salam,’ that tells the story of the Communist movement in Kerala. Speeches of leaders like E M S Namboothirippad, E.K.Nayanar, Pinarayi Vijayan and Kodieri Balakrishnan are juxtaposed along with the dialogues of the superheroes, to a background score of revolutionary songs.

In between, Mammootty, Mohanlal, Kamal Hassan, Vijay, Dulquer Salmaan, Jayasoorya and Kalabhavan Mani extolls Communism through their dialogues from various films, with visuals of Sunil P Elayidom thrown in between. 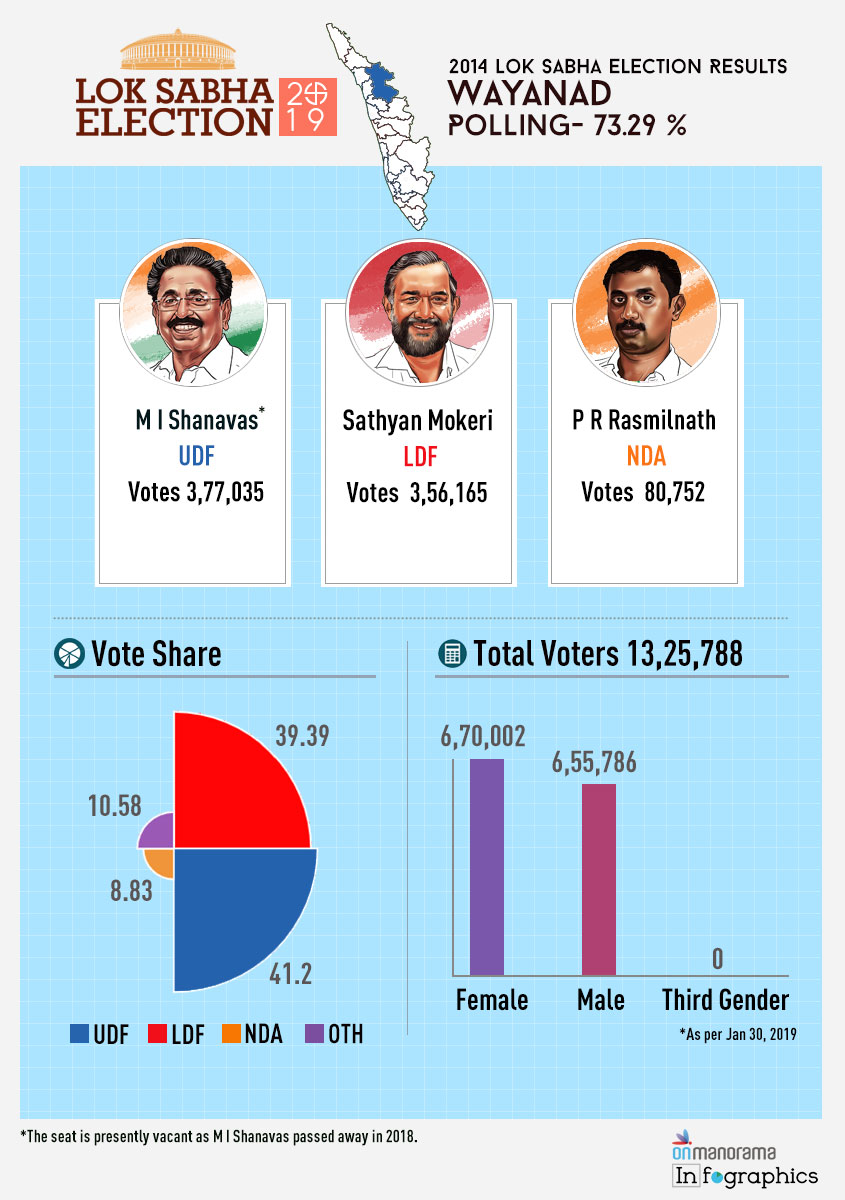 It remains to be seen whether these film wonders could compete with the folk songs Ramya sings with ease.

NDA activists are quick to point out that the BJP candidate had won more than 87,000 votes in the last Lok Sabha polls.

Women voters outnumber men by a margin of 25,000 out of the more than 12 lakhs of voters in Alathur constituency.

May be, the political intelligentsia in different parts of the constituency may be able to read some hidden meanings to that fact.

Tags:
MORE IN NEWS
LOAD MORE
The comments posted here/below/in the given space are not on behalf of Onmanorama. The person posting the comment will be in sole ownership of its responsibility. According to the central government's IT rules, obscene or offensive statement made against a person, religion, community or nation is a punishable offense, and legal action would be taken against people who indulge in such activities.
https-www-onmanorama-com-news onmanorama-topic-general-topics-22-kerala-election-news onmanorama-topic-general-topics-24-lok-sabha https-www-onmanorama-com-news-india https-www-onmanorama-com-acp manoramaonline-english-news-news-2017-01-alathur-election-news 4lff958mt8h0efggqmc2iiepj8