The Comrade who will lord over Kerala's Tower of Destiny 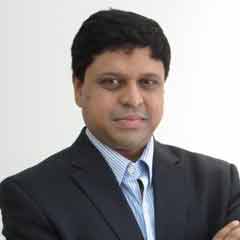 No other Kerala politician, with the probable exception of the late Congress patriarch K Karunakaran, has been as loved and hated in equal measure and embroiled in as many controversies. Within the CPM, no other leader, not even icons as legendary as EMS Namboodiripad or AK Gopalan or P Krishna Pillai or the indefatigable and storied state secretary CH Kanaran, has wielded such enormous power.

Whether one likes it or not, chief minister Pinarayi Vijayan’s political longevity and soaring and uninterrupted dominance within the state’s most powerful and perhaps the wealthiest organisation makes him a rare survivor, a man who has defied power cycles within and thrived without, notwithstanding an extreme, and sometimes brutal, scrutiny in public life, often orchestrated by rivals and a section of the media for the right or wrong reasons. He has been villainised and deified, portrayed as the best and the worst face of public life.

Since taking over as state secretary of the CPM in 1998, Vijayan has shared a strained and often hostile relationship with the media although it is this otherwise reticent conversationalist who has held record face-to-face interactions with the media in the thick of manmade and natural catastrophes that were too many over the past five years.

Now, as he returns to power for the second straight time, Vijayan makes history since the state’s formation as the only incumbent chief minister to do so. In a state where the Communist Party boasts of epochal electoral feats, including snatching power through the ballot for the first time in Asia (after San Marino and British Guiana), he has led a coalition to consecutive victory for the first time since the 1980s (the state had invariably thrown out incumbents since then). Again, the enviable credentials of outliving and defying run deep.

His late mother – a pious lady with whom Vijayan had shared an exceptionally strong bond as the youngest of her 14 children and among the very few to survive infant mortality – would have believed in god’s abundant blessings for her son’s lucky stars. But being an avowed atheist, Vijayan could, if he ever does, only marvel at the fruits of hard work and perseverance he has received thanks to his party whose reins are in his tight grasp. In that sense, he was a product of his time when the Communist Party offered hope and a liberating influence. Vijayan must also pat himself on his back for his shrewdness to adapt and unlearn whenever it was required.

His working-class origin as the son of a toddy-tapper father was not a sine qua non of a leadership position in the Communist Party of the early 1960s when he became a full-time, card-carrying member. The party, before and after its split in 1964, preferred middle-class members or those from the landed class, even if it was merely notional, to key positions. Even though Vijayan managed a good education by the standards of the time and went to Government Brennen College to do his BA, he somehow veered into the muscular politics of the time that had many charismatic proponents, especially at Thalassery in his home district of Kannur where he became a student leader of note. One of his earliest mentors in politics, Arayakkandi Achuthan, was a kingmaker of sorts, promoting young blood, but he was also a hardliner who never shied away from what they often called violent resistance. Achuthan was so intrepid that even the dynamic MV Raghavan, another influence in Vijayan’s career, was in awe of him.

Born in 1945, Vijayan was only in his early twenties when he joined MV Raghavan and Pattiam Gopalan who voted in favour of Communist radical T Nagi Reddy, the CPM leader who advocated an ‘adventurist’ line, at the 1968 Burdwan plenum of CPM. Vijayan was included in the delegation as a student representative. Although the others mellowed down, Vijayan veered further towards the Maoist line and almost became a Naxalite, but was successfully persuaded by senior leaders to stay within the CPM fold.

The young Vijayan was around the same time offered a crucial party post in Thalassery to contain the growing ‘menace’, as his party cadres call it, of Hindu nationalist RSS ‘storm troopers’. It was a period of phenomenal growth and transformation in Vijayan, who got to rub shoulders with the lines of Kanaran, AKG and others. It was during this period that he was accused by the RSS of being part of a murder of a Sangh activist in Thalassery. In an interview to me while I worked on a book on Kannur’s political violence in 2018, chief minister Vijayan merely said, “The case was immediately dismissed for lack of evidence.” Meanwhile, I had argued in my book why the so-called ‘proof’ flaunted by a pro-Hindutva TV channel demanding the reopening of that case some years ago was a clear case of fabrication.

Year 1970 saw Vijayan, aged 25, becoming an MLA for the first time with a narrow margin, and from then on, he began to transform himself from his earlier avatar as a leader who led from the front to a more organised and behind-the-scenes leader, a shift that is rather uncommon within the confines of the CPM. His then colleagues in the state assembly recall him as a ferocious young man. A senior bureaucrat had described him as a legislator who had fire in his tongue and face (Nokkilum vakkilum thee ulla Pinarayi Vijayan). An aggressive politician, there was no love lost between him and policemen whom he despised. Unsurprisingly, during Emergency (1975-1977), he was singled out for torture by the police, and how he withstood it has now become part of Kerala lore.

There was a crack in one of his thick friendships, with MV Raghavan, during Emergency, when the duo, languishing in Kannur Central Jail, had a huge spat within the cell while other comrades watched. Until MVR was shown the door by the party in 1986, Vijayan, who was sidelined in the scheme of things in Kannur CPM, stood waiting for an opportunity. Around this time, he found a new ally and mentor in VS Achuthanandan who was out to crack the whip and ensure elimination of his rivals within. The Vijayan-VS collaboration was a formidable one, capable of obliterating opposition inside the CPM and cementing Vijayan’s position. In the process, he was rewarded with a coveted ministerial post in the EK Nayanar government of 1996 before he relinquished it to take over as party secretary.

Vijayan’s growth was swift. Within years, the two, VS and Vijayan, were at loggerheads, resulting in a war for supremacy that we saw played out before us until Vijayan emerged the winner, notwithstanding party actions, temporary setbacks, allegations of corruption and collateral damage. VS became his biggest detractor even after he took over as chief minister. VS was seen as the crusader against Vijayan the revisionist. The truth, of course, was not as black and white as it was projected to be.

More charges of graft as well as challenges in the form of floods, the Sabarimala temple conundrum, the Nipah epidemic and the COVID-19 pandemic haunted Vijayan as he faced the polls, manned by a powerful public relations team. All polls confirmed him leading as the most favoured choice for CM. Now that he has secured a historic win, he is simply the most powerful CPM chief minister to date with the party firmly behind him, with nobody breathing down his neck. More importantly, he has become a powerhouse on his own terms. Besides, the CPM appears more centred on him than any national leader.

The key to his success has been his knack of using the Communist organisational apparatus to his advantage. And he has come a long way from the trigger-happy young politico and puritanical Communist who once wore toxic masculinity on his sleeve. The 75-year-old cancer survivor is certainly the man of the moment as a tireless campaigner amidst adoring masses, but with new challenges emerging in the state's political landscape, more skills and dexterity are in order.

(Ullekh NP is a writer, journalist, and political commentator based in New Delhi. Views expressed here are personal)