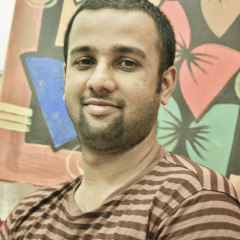 Kottayam: Kerala was literally stunned and pained by the untimely death of violin maestro Balabhaskar and his two-year-old daughter Tejaswini Bala in a road accident last week. The young musician and his daughter died in an accident at Pallipuram in Thiruvananthapuram district early on September 25. His wife, Lakshmi, is still fighting for her life at a hospital in the state capital. She is still not aware of the death of her beloved husband and daughter.

Since the day, unending tributes have been flowing in on social media. The incident indeed broke the hearts of those who loved the humble musician. However, taking a close look at the Kerala police data on accidents in the state, it's evident that this is not a rare incident. Such tragedies happen everyday. At least 12 people die in road accidents in the state daily. In other words, 1 person dies every 2 hours!

In a recent report on road accidents in the country, the Union Ministry of Road Transport and Highways reveals that 86 per cent of the total number of accidents occur in 13 states. The full report is yet to be published. But the chaotic road situation in Kerala is evident even otherwise. These figures are from the Kerala Police website.

In the past 10.5 years (Jan 2008-June 2018), 3.88 lakh accidents were reported in Kerala, in which over 43,000 people died. Over 2,000 people have already died in the first six months of this year. If the trend continues in the coming months too, the year could be the deadliest in the past decade. 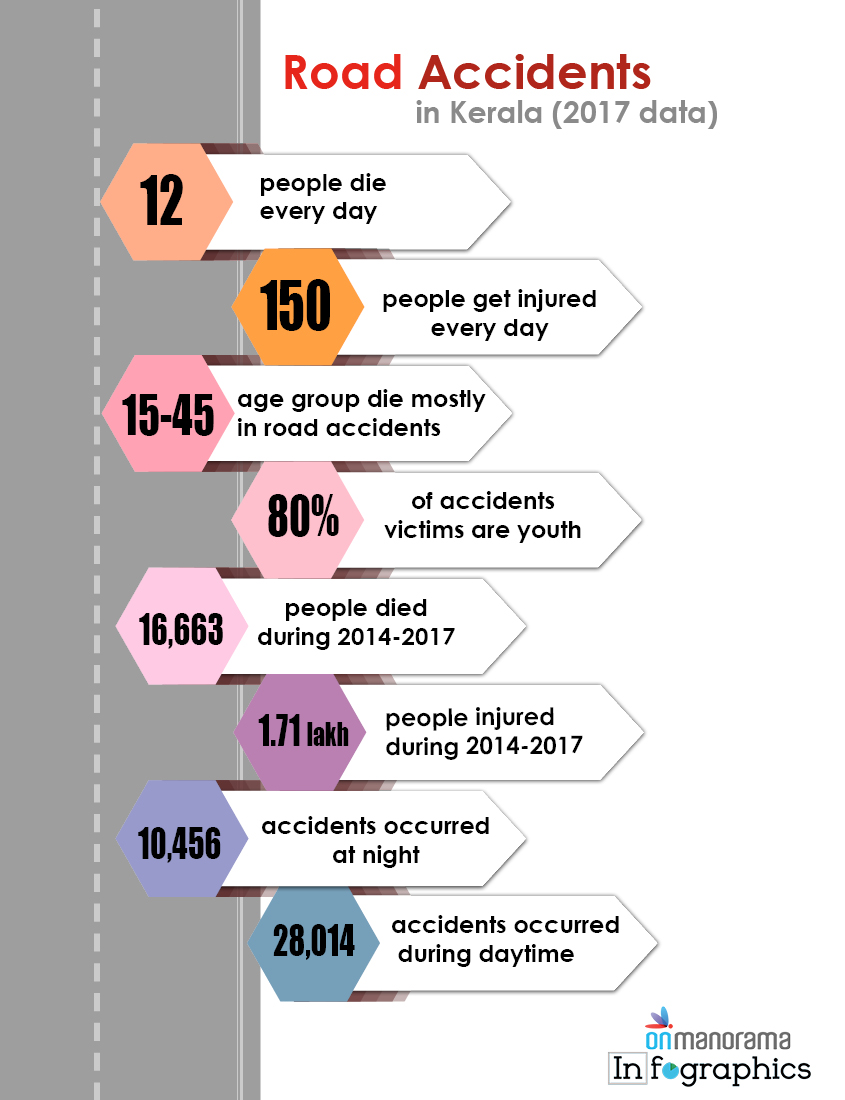 In 2017, most number of deaths were reported from Thiruvananthapuram, followed by Ernakulam and Kollam. 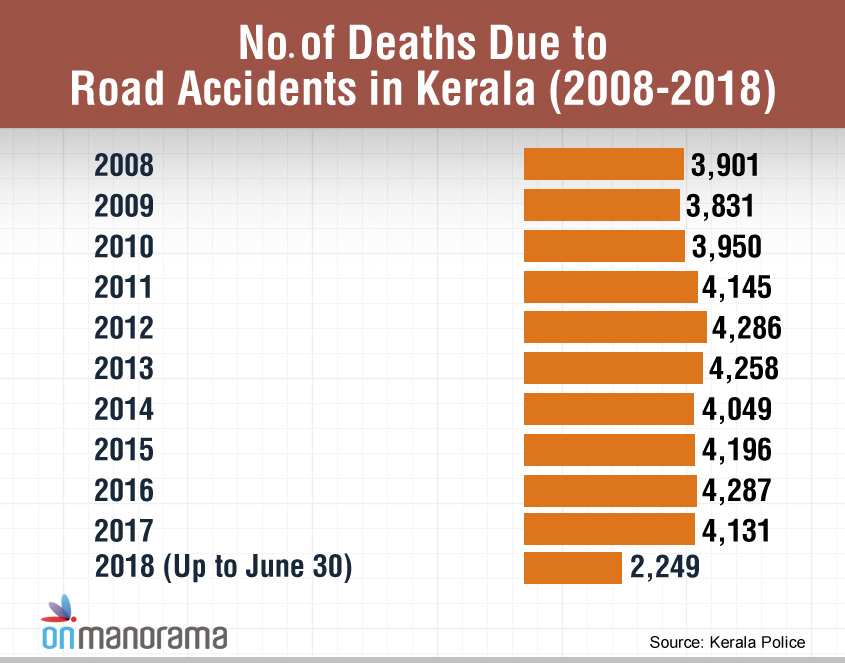 However, the most number of road accidents were reported from Ernakulam, followed by Thiruvananthapuram and Thrissur. The accidents occur due to various reasons. If the data provided by the state police is to be believed, out of the 38,470 accidents reported in Kerala, 37,894 were due to rash driving. While 553 cases suggest that these accidents occurred 'due to other reasons,' only 23 cases were caused by 'drunk driving.' 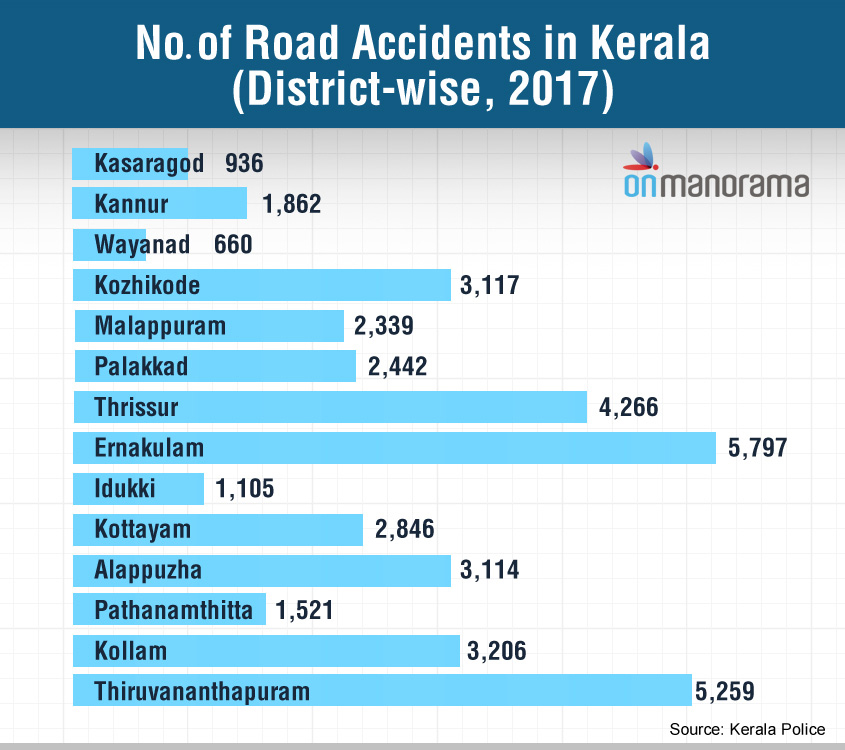 Two-wheelers accounted for the highest accidents and fatalities, followed by cars/jeep/taxis.

The situation is not different in other states in the country. According to the Centre, three people die every 10 minutes on the roads of the country. In this case too, two-wheelers accounted for the highest share in total accidents and deaths. 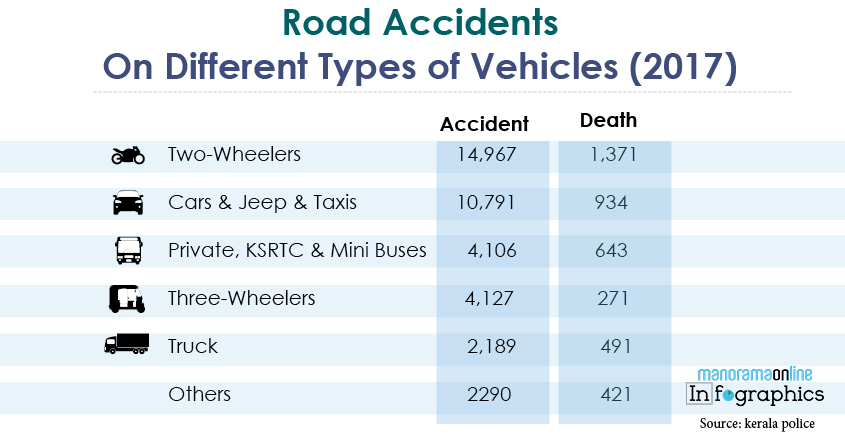 The number of vehicles have also increased in the past years. According to central government data, 3,861 vehicles have been plying on every 100 km road in the country. Like we said, accidents occur due to various reasons. Speeding and rash and negligent driving are the main reasons. Though the state is known for its progressive initiatives in socio-economic sectors, Kerala has a lot to progress on roads. How do we save lives?

Will the improvement of infrastructures or the strict implementation of traffic rules or the hefty fines for violation of the laws help reduce these numbers? Yes. But a real change in situation could be brought about by individual acts. Every citizen should do his/her part. Everyone should cooperate with the government and the police to make our roads safer. Obey rules, follow traffic instructions and drive responsibly. Without people participation, we will not be able to stop such tragedy that Lakshmi Balabhaskar and the whole of the state faces now.