Column | Kerala, the need to change 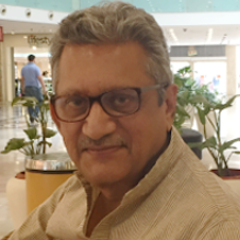 Though I spent the greater part of my life outside Kerala and was only an occasional visitor here, I had noticed that the people of Kerala had changed but the political parties had failed to keep pace with the change in society. As the people of Kerala had no third alternative in the real sense, they kept switching from one Front to another every five years until now. To the great surprise of everyone, however, people voted for continuity during the last election. There has been much debate about this new phenomenon in the media and considerable hand wringing in the UDF and hence I thought that I might propound my old theory once again to see if it gains any traction now.

Most neutral observers agree that the Kerala of 2021 is not the Kerala of 1957 or 1967. Then the vast majority of Keralites were poor and were still reeling under the memories of economic and social exploitation by a few rich people. What these poor people wanted then was an end to this exploitation and inequality. Over the years, however, the middle class has expanded significantly in Kerala and this section now wants development rather than struggles and negativism.

The first general election that I vaguely remember is that of 1952 when the famous Marxist theoretician P Govinda Pillai contested as the Communist candidate from our constituency (Perumbavoor). Govinda Pillai had been a student of my father who loved him as his eldest son, ‘Manasaputran’. One fine morning he came home to touch Achan’s feet before going to file his nomination paper. Achan blessed him as he would bless his eldest son but told him, “I am blessing you as I love you but my vote will not be for you as my political preference is different”. In those days it was unthinkable for a Christian priest, even for Achan who thought differently from most Christian priests, to vote for the party of atheists. It was, therefore, interesting to see the presence of bishops representing almost every Church at the oath-taking ceremony of Pinarayi Vijayan. Both Communist Party and the Churches have come a long way since the ‘Vimochana Samaram’ that ended up dislodging the first Communist government in 1960. It would have been difficult to imagine so many bishops marking their presence at the oath-taking ceremony of EMS or Nayanar or Achuthanandan.

When the newly-formed state of Kerala elected a Communist government, Congress leaders went through the process of introspection and realised that Communists had been more effective in mobilising public support through its organisations of students, workers and cultural icons. Their response was to start their own organisations of students and workers and activate the cultural leaders whose views were similar to theirs. They were also successful in convincing Christians and Muslims that their religions were in danger and Hindu community organisations like NSS and SNDP that their financial well-being was being threatened by various measures initiated by the new government. Vimochana Samaram was the response to this perceived hostility. Though it is fashionable today to criticise Vimaochana Samaram as an unconstitutional activity, most people who were not hardcore Communists supported it in those days.

The government that replaced the Communists, however, did not reverse any of the major initiatives of the latter but only made the changes more profitable to everyone. The Education Bill brought by Prof Mundassery is the most glaring example. Probably this Bill touched the raw nerves of Church, NSS and SNDP more than any other leftist move. Yet, what is the ultimate outcome? Today getting permission to start an educational institution is like being gifted a cash cow. Mundassery, no doubt, ended the victimisation of the teaching and non-teaching staff by private managements. Far from reversing it, the Congress governments extended it and made running educational institutions a highly profitable business proposition for all.

When Kerala Congress broke away from National Congress, the former was led by Mannom and Hindu landlords as well as Christian clergy and some rich Christian families. Mannom was the first to break away from Kerala Congress. This was followed by the gradual marginalisation of the original leaders of Kerala Congress. During the last few decades, the Christian clergy too lost the grip that they used to have over the political views of the faithful. Nothing helped to loosen the grip of the leading Muslim families over the Muslim community more than the education policy initiated by CH Mohammed Koya and followed by all the Muslim League ministers who held the charge of education portfolio. Credit for the spread of western style education among Muslims should go to CH as he encouraged Muslim organisations to start educational institutions even in remote areas. The result of this enlightened policy of CH was to create a well-educated middle class in that community who felt no compunctions in defying the diktats of the erstwhile community leaders.

The factor that contributed most to the transformation of Kerala society was, however, the Gulf boom and later exodus of whole families to America. Those who migrated to America enabled a large number of Kerala families to have at least some people who had traveled to the West. The exposure of a large segment of Kerala society to West Asian luxury and the western way of life combined with the ubiquitous presence of cable TV and mobile phones ensured a dramatic change in societal outlook. While Congress leaders kept hammering on their old values, Pinarayi Vijayan was able to discern this change in mindset. The promise of development combined with welfare measures like distribution of food kits and the general feeling that Pinarayi Vijayan is an effective leader with total grip over both the Party and the government was what resulted in a repeated sweep of the Kerala polls by LDF.

It is easier for a party in power to establish its credibility by delivering what it had promised than for a party in opposition. At a time when election manifestos are considered mere “Jumla”, Pinarayi Vijayan has largely kept his word and delivered what LDF had promised through the manifesto at the time of the 2016 election to the Kerala Assembly. This has created greater credibility for the new promises made in the LDF manifesto this time. The fact that LDF is speaking with one voice unlike the previous experience with the UDF government has further improved this credibility.

It would, however, be wrong to attribute the LDF success at the hustings to any single factor. Indeed it was the result of a combination of factors. The general impression is that the LDF victory was facilitated by minority consolidation. This certainly would have contributed to some extent as both Christians and Muslims had different reasons for supporting LDF during the recent election but this environment may change in five years as there has been no permanent shift of minority votes to LDF and the factors that influenced such a shift this time may not exist next time. Voter perception is what matters ultimately and this can continue to favour LDF only if something dramatic is done to change its image of being investment-unfriendly and criminal-driven. This is the challenge that Pinarayi Vijayan has to face if he is to have a more permanent place in Kerala history than what is accorded to any former Chief Minister. He will be able to face this challenge successfully only if he has the courage of conviction to sacrifice the support of a large section in the hope of winning over at least an equal number of his present detractors. This is a risky business as he will then be leading his Party along a new and untrodden path. A new political alignment in Kerala is possible only if one of the Fronts decides to give preference to the developmental aspirations of the fast expanding middle class over the old shibboleths which sustained them for more than half a century since the formation of the State. The question is whether Pinarayi Vijayan can be the Deng Tsio Ping of Kerala and whether he can transform CPM to fit into this new mould.

(The author is a former Bihar cadre civil service officer and ex-member of Union Public Service Commission. Views are personal.)