Kerala govt all set to make tourism accessible to all 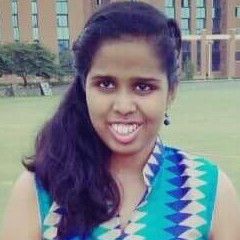 In 2018, the Kerala government launched the barrier-free tourism project with the aim of making all prime tourist spots in the state accessible for people with disabilities. The extremely ambitious programme, coming right after the government's efforts to make the Thiruvananthapuram train station the first completely accessible railway station in India, was lauded as a step in the right direction.

Unlike many government projects that start off with great pomp and ceremony only to fizzle off into nothingness, this project seems to have been taken very seriously indeed. The barrier-free tourism project has reached its halfway mark, and is indeed all set to meet its targets by 2021. The government is spending around Rs 9 crore on this project in the initial phase, in order to make 121 tourist destinations accessible. For implementing this project, the government has consulted several NGOs that work in the disability sector, and other accessibility experts in the country.

This project has also led to non-governmental initiatives in the arena of accessible tourism in Kerala. One of the most notable among them is the Idam project that aims to make Tirur, a small town in Kerala, accessible and disabled friendly. Though it is not a government-run project, 'Idam' has already been successful in making a few public places in the town accessible for wheelchair users.

Several tourist spots in Kochi have already been made accessible. The District Tourism Promotion Council (DTPC) of Ernakulam and the Kerala State Industrial Enterprises (KSIE) have joined hands for the venture to make tourist spots in Ernakulam city accessible and disabled-friendly. Currently, they have made the popular tourist spots in Fort Kochi and Ernakulam boat jetty accessible by introducing wheelchair ramps for a start. The government is reported to have spent over Rs 40 lakhs on this project already.

Other accessibility features the government is planning to construct in tourist locations include accessible washrooms, paved pathways, guides trained in sign language, information provided in braille and audio formats. In fact, even the famous house boats of Allapuzha are to be made accessible for persons with disabilities.

The primary drawback of this initiative is that the project has so far been focusing primarily on making tourist spots wheelchair accessible. Accessibility, as disability rights activists have pointed out time and time again, should ideally include many more measures to make destinations accessible for people with all kinds of disabilities, not just people on wheelchairs.

Although the government is doing its part, the information should also reach the masses. People with disabilities should also be made aware of these facilities so that they will begin making use of the newly built infrastructure. Awareness is one of the major challenges this project now faces.

Being one of the world's most popular tourist destinations, this project is certainly going to be a new ray of hope to disabled tourists who would love to check out 'Gods own country.'

Finally, the Kerala government has indeed recognised the importance of making travel and inclusive. Accessible train stations and tourist destinations are certainly well-planned baby steps in creating a world accessible for all. Moreover, the Kerala government, here, is a role model for the central government whose Access India Campaign was planned and inaugurated with a great deal of pomp and ceremony, but fizzled out into nothingness, leaving all places, including government buildings and offices, inaccessible to the disabled population.

Hoped all the accessibility features that have been planned will materialise and be implemented with zeal.