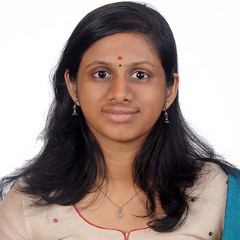 Ernakulam: Its festival season again in the town. The annual Makaravilakku Maholtsavam at the Sree Ayyappan Kovil here saw the staging of traditional art forms which were widely appreciated by devotees and art-lovers alike. Thus, temples continue to play a prominent role in developments of various art forms even today.

Temple festivals are great opportunity to view and appreciate traditional art forms. Many art forms such as Ottanthullal originated from the temple premises. Its earliest viewers were devotees who thronged temples.

Thriprayar Kalimandalam presented a versatile Kathakali performance on the premises of Ayyapankavu Temple on Saturday.

Unlike usual Kathakali performances that borrows stories from the Puranas and the epics, Kalimandalam chose to portray the real life story of Sree Narayana Guru. The Atta Katha titled 'Gurudeva Charitham' drew a great many audience. It was noted for depicting an unusual story as well as for the style of presentation and costumes.

Kalimandalam's unique performance was much more interactive than usual performances. The artists came down from the stage while enacting Sree Narayana Guru's famed consecration of a Siva idol. The artists even distributed prasadam after the performance.

Chakyarkoothu, based on the Kiratham story, was performed by Vidooshaka Ratnam Dr Edanad Rajan Nambiar. He holds a doctorate in this art form from the Sree Sankara University for Sanskrit, Kalady. He is renowned in this field and has presented a number of research papers on the topic.

Nambiar lampooned the current sociopolitical situation of the state through his noteworthy performance.