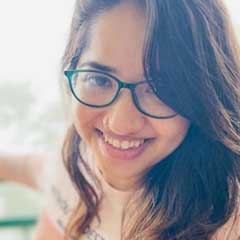 Is your voice your biggest gift? If yes, here is your opportunity. Those who are interested in emoting skills using their voice can be a much sought after artists or professionals too in media industry.

“Though unseen, you are adding life to a character in a film, which is the most exciting part of this profession. This is why one must not consider this profession for a mere job or a way to gain some fame,” said Arun CM, a voice-over artist who has been in the industry for over 15 years. Mahesh Kunjumon, a mimicker-turned-dubbing artist, opined that a voice-over artist is no less than a hero or villain in a film.

Thanks to OTT platforms!
“The pandemic situation had affected a number of professions, but things were not the same for us,” said Arun, who is known for his dubbing works in pan-India films such as Bahubali, RRR, and KGF 2. “There was a huge yet sudden diversion towards OTT platforms. People's spiking interest in dubbed films and series brought us new hope, especially at a time when most of us were under the belief that our profession was slowly diminishing,” he said.

Arun added, “We are also getting a chance to work with foreign film projects. Therefore, the scope of opportunities in this profession is huge”. Speaking about the popularity of foreign series, Mahesh said that there is enough room for good voice-over artists here.

Qualities
In the wake of working in various formats such as serials, advertisements, and films, Arun emphasized the importance of patience and not imitating another dubbing artist. “One of the qualities that a good voice-over artist requires is patience. Aspirants must not expect overnight success or recognition, sometimes it might take longer than one would expect to establish their name or a chance to display their talent through their voice,” he said.

“One must possess an artistic approach towards this job and must be able to find, analyze and perceive the complexities and differences between various characters. Understanding and modifying the intensity of tones according to a character and regional style is equally important,” said Arun. He added that for instance, some South Indian films use a louder tone while delivering their dialogues. But this cannot be adopted while dubbing in Malayalam as our people opt and relate to subtle tones.

“Those who are interested in becoming a voice-over artist must be able to explore their ability in modulating their voice. This can help create a change in the actor's performance and give an improvised touch without altering the character's resonance or style,” said Mahesh.

Eligibility
The profession does not require any particular academic qualification. However, candidates must be able to alter and adapt to the tone and style of various mediums such as films, documentaries, radio, or audiobooks. There is no age bar either.

Short-term courses
Few media institutions across Kerala are offering short-term and add-on courses on voice acting. The topics that are being dealt with in these courses include Introduction to Mass Media and Communication, Scripting, theory and practical modules of narration, news reading, podcast, public speaking, and radio production.