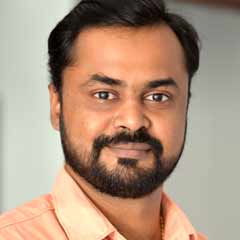 Thiruvananthapuram: The Kerala Government has revised the official COVID-19 death list by adding 5,479 genuine cases in the last 16 days. With the latest development, the death toll due to COVID-19 rose to 33,716 in the State as of Monday, Nov 8. With the increase in the number of the dead, there is a corresponding increase in the death rate too. The death rate has gone up to 0.66 per cent from 0.52 per cent.

The State Government decided to revise the list of the dead persons after it came to the public realm with clear proof that the COVID-19 deaths reported at the district-level earlier were concealed at the State-level, leading to the exclusion of many genuine cases from the list.

All these cases now added to the official COVID-19 death tally were excluded earlier though the dependents had shown relevant documents to prove that the deceased had died due to COVID-19.

The Opposition had alleged that the method for the COVID-19 death count adopted by the State Government was faulty.

The District Medical Officers (DMOs) had earlier given reports to the government that above 7,000 COVID death cases reported at the district level were excluded from the final list published at the State-level. Instead of adding all these cases to the list together, the government is now adding the left out names on a daily basis.

Decision at the district level

The government-appointed expert committee has been empowered to take a final decision on whether to include a COVID-19 death case in the list or not after examining the hospital records and after looking into the complaints filed by the dependents or relatives.

A panel consisting of the Additional District Magistrate (ADM), the DMO, the District Monitoring and Evaluation Officer and the Head of the Community Medicine at the medical college are hearing the appeal cases.

The list handed over by the panel is being appended to the COVID-19 report published at the State-level every day.

The State Government is giving Rs 50,000 as compensation to the dependents of those who died due to COVID.

Those who are getting a pension are not ineligible for getting the compensation. The relatives of those who died due to COVID-19 while residing out of State or in a foreign country would be eligible for compensation if they are now residing in Kerala.

But the State Government has made it compulsory that the village officer concerned should ensure that none in the BPL family, applying for the benefit, should be an income tax payer or should hold a government job.

By now, as many as 1,655 persons have applied for the compensation of Rs 50,000. For compensation under the BPL category, 267 applications have been received so far.

How to apply for the benefit

The application has to be submitted through the website www.relief.kerala.gov.in. Along with the application, the applicants should submit a copy of documents such as death certificate, death declaration document, ration card, Aadhaar card, bank passbook, and heirship certificate, if it is available.