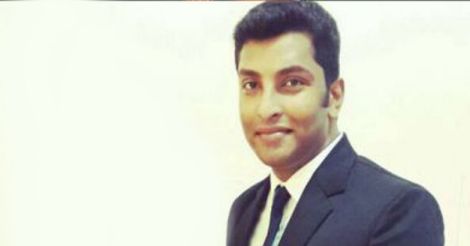 Safeer Karim, the tainted IPS officer from Kerala, who was jailed for cheating in the civil services mains examination.

A shameful moment for the impeccable record of the Civil Services Examination of the UPSC and the innumerable coaching centres that have sprung up around the country came when an IPS probationer was caught red handed for cheating in the Mains Examination of the 2017 batch of aspirants. The person concerned was not only a candidate for several years, but also the director of a coaching centre in Kerala before and after he qualified for the IPS. His mission this time was to get into the IAS by hook or by crook.

The incident does not appear to be the first or an isolated case. It is symptomatic of the attitudinal changes among the candidates and the nature of a whole species of trainers, who have emerged in the last few years around the country. The profile of the majority of the candidates today is very different from that of my generation. Mine were the days when the candidates had only two chances to take between 21 and 23 and still most candidates were post-graduate degree holders. They had prepared for a number of years on their own without coaching classes by acquiring a broad based education over several years. They had read the classics in literature, history, philosophy, economics etc and had followed international, national and regional news in newspapers and magazines systematically over the years. Most of them were rank holders in their respective fields. Some bright engineers began to take the examination, but not doctors and other professionals. With the relaxation of age and number of chances, candidates are graduates, who depend on coaching centres to prepare themselves to take short cuts to the civil services. The candidates have begun to feel that academic studies even upto post-graduate level is a waste of time.

Karim's wife gets bail as daughter falls ill in prison

Did Safeer Karim cheat in prelims exam too?

An IAS officer, who obtained a high rank and became a role model went on record recently that the value of reading was overestimated. He said that the time spent on reading could be used for doing more important things in life! Many candidates these days have not read any book other than text books and any paper other than the notes offered by the establishments on Mukherji Street in Delhi and others. Imagine an IAS officer, who has not read even Mahatma Gandhi or Jawaharlal Nehru!

At the same time, many, who failed repeatedly in the Civil Services have turned themselves into “trainers” and begun to set up coaching centres, with a method of spoon feeding on the basis of identifying possible questions by logarithms based analyses. Notes and guides, not original writings, are their bibles. The fact that some of them have entered the civil services reveals the deficiencies that have crept into the examination system, which does not seem to be foolproof anymore. Quite obviously, question paper setters and  evaluators seem to be less than vigilant than before. With a vast syllabus that does not leave anything under the sun outside its ambit, the predictability of questions is a fatal flaw of the system. If the system of evaluation is on the basis of “keys” provided by the question setters, a real genius may not be able to get through the system.

The new generation coaching centres bring trainers from Delhi to create the impression that they have access to the power centres and, therefore, they have access to the questions in advance. We should now suspect that training in use of technology is also being imparted to cheat at the examinations. If the trainer is ahead in technology, can the trainees be far behind?

The UPSC Civil Services Examination is constantly under review and the present episode should be studied to devise ways to meet the new challenges. The relaxation of age and number of chances need to be reviewed as, instead of catching them young, the recruits are caught after they have acquired several tricks of the trade, which might not always be beneficial to the Government. It will certainly be better to get them when they are more idealistic and less inclined to take short cuts. Such a change by itself improve the ethical standards of the recruits. Introduction of ethics as an important part of the syllabus of the examination has not worked. The person, who was caught had, ironically, received high marks in the ethics paper during his previous attempt.

Another point to be considered is the length of the syllabus and the number of papers. A tough preliminary examination, nine papers in the mains examination and interview are really not necessary to evaluate a person for suitability for the Civil Services. The optional papers can easily be dispensed with as the candidates will be mostly using what they learned at the degree level. General Studies papers can be limited to two papers. After due notice, a post graduate degree should be made compulsory for candidates. Universities can also introduce degrees in Public Policy, with what is essentially in the Civil Services syllabus at present.

The Ciivil Services coaching centres have no code of contact now either in terms of the qualifications of the teachers, the management or fee structure. The accommodation and other facilities being provided in some institutions make them appear like concentration camps or sweat shops.The Government should review every academy in the country with a view to make an assessment of the practices there. The fees charged should also be regulated on the basis of the quality of the training provided. Parents must take an interest in the courses of study offered to see whether they are of any value to their children.

These and other measures, it may be argued, will be ineffective as human ingenuity is such that it can defeat any system, if there is any incentive to do so. But it will be unconscionable not to take preventive measures when such gross misconduct comes to light.Technology will become even more advanced and candidates of the future may carry devices, which cannot even be detected. Technology should not be allowed to undermine the integrity of the Civil Services. Human depravity is endless. The reputation of the Civil Services, which has suffered on account of this incident, must be restored.