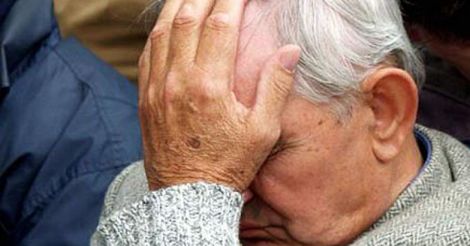 Earlier, retirees felt like rejects, especially when they were socially interactive during their working life. Photo: AP

I have enquired with several colleagues on the verge of retirement as to what their post retirement plans were and was told casually that they will 'take rest.' It appears to me to be a reply made out of frustration than intent.

Then again, is it possible to take such remarks at face value especially after a career that has kept you on your toes for a large part of your life? Should they have made post retirement plans in advance to enable a timely shift into a reasonably satisfying vocation or hobby?

I wish to make a case for the retiree. The concept of retirement was at one time was looked down upon and even feared. This was because it indicated social displacement coupled with loss of status and in some cases even loss of bureaucratic power.

Retirees felt like rejects, especially when they were socially interactive during their working life. This feeling of wastefulness especially among those who had a busy worklife has also led to health problems.

The concept of ageing is influenced by a mindset. Today, however the concept of old age associated with retirement has undergone a drastic change. Further, with fresh career options having opened up, retirement has become a path towards greener pastures. These include scenarios where experienced people in their mid forties avail the benefits of exit option and voluntary retirement from their present employer.

Improvements in health care have ensured longevity in life and social rejection of a retiree is only an exception and not a rule. In short he can stay busy and remain socially acceptable even after having left his career. He is, indeed, moving on.

The employees who have recently superannuated, commenced their careers more than three decades ago when choice of employment was not available. In his youth, steady income governed by popularity of the vocation or profession played a more prominent role in career decision making. Human potential and talent were thus not tapped for social welfare and created a work force functioning out of compulsion.

The current growth of technology has expanded job horizons making retirement an attractive option. Self employment is also an equally attractive option in case there is an inclination towards the same. Further hitherto dormant talents have once again risen to the surface possibly making the retiree more useful to society. The experience of many of the retirees are sought as job consultants and members of selection committees for recruitment of trainees in prominent organisations.

Many have also described retirement as 'the evening of life' with which I disagree as I consider it a fresh opportunity to make a more meaningful and qualitative contribution to society. It is just another step forward in life and society has no right to write them off. Many retired persons have hobbies which satisfy not only their individual but also social interest.

However persuasion of post retirement hobbies should be governed by personal interests and not as another job unless faced with sudden liquidity concerns or poor financial planning.

Retired persons should thus in their own as well as social interest stay occupied to ensure that age does not wither them away and that they continue to remain socially accepted.