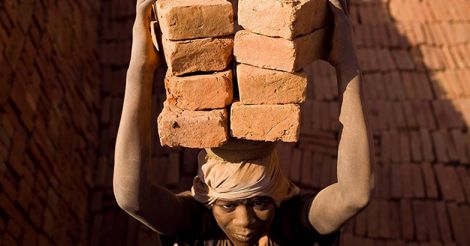 Kottayam: A report commissioned by the state government has found that the annual remittances being sent home by migrant workers in Kerala is about Rs 17,500 crore, which is equivalent to 4 per cent of Kerala's gross domestic product.

It is estimated that 2.35 lakh non-Keralite Indian workers arrive in the state each year and their number, which is currently about 25 lakhs, is likely to double in the next decade .

It was also found that the migrants were mostly men between the ages of 18 and 35 and that they earn 300 - 500 rupees a day working as labourers, electricians and carpenters.

Ishfaq Islam (cq), 31, from Murshidabad in West Bengal, travelled to Kerala four years ago. Since then, he has risen from menial labour on a construction site to becoming a carpenter.

"I was willing to do anything, because I knew even the lowest of pay would be more than what I would be able to make back home," said Islam.

Mohammed Rizwan, 28, who employs over 50 migrant workers said, "People in Kerala are all looking for white collar jobs and this results in a shortage of labourers. Migrants coming into Kerala are the backbone of our growing industrial sector."

A member of the Centre of Indian Trade Unions, who requested anonymity, said, "So far we (the trade unions) have been hesitant to involve ourselves in their issues, including their mandatory rights. But now things are different and a new labour movement has started here, that aims at building its base among the inter - state migrant workers.”