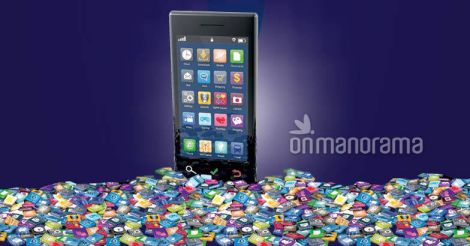 Kochi: Quick InfoTech has come out with its Ringer App, which is claimed to solve problems such as call dropping and lack of clarity in conventional VoIP calls.

According to CEO Ashok Mani, the app uses significantly lesser data and can perform well even in networks where bandwidth is low.

The app competes not with VoIP services, but with telecom services, thanks to its unique algorithm developed by CTO Bijesh K Babu and his team. Claiming that the app can significantly compress audio data, the firm said that its patented technology, Quicks, is behind the achievement.

The app is currently available for Android phones and would soon be available for Apple and Windows phones in the coming days. The app can be used to make local as well as international calls without incurring a hefty bill.

The app also offers freebies to customers using it. The company said that the aim of the app is to underline the fact that the telephone is basically a machine that should be used for talking.

Lack of clarity and cost are two factors that discourage telecommunications in India. The Ringer app, which solves these two problems, can be used in any smart phone, the firm claimed.

The firm is now planning to use its Quicks technology to develop more innovative applications.