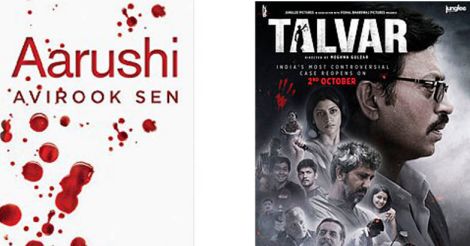 It was described as the murder (or murders) that shook the psyche of the Indian middle-class. Seven years on, two years after the conviction, the Aarushi Talwar- Hemraj murders (known infamously as the Noida double-murder) is back in the limelight thanks to Meghna Gulzar’s movie ‘Talwar.’

The wealth of material available for anyone to know about this case is huge. The Media had diligently followed the case from the beginning. But, they have moved on since the verdict was had been pronounced.

Many are aware of the case, but only a few understands it. The book ‘Aarushi’ by Avirook Sen is a good place to start. The book is divided into 3 sections. It takes us through the investigation, trial and also gives a glimpse of the parents’ life in prison. After reading this book you can’t help but feel sorry for Aarushi’s parents - Rajesh and Nupur Talvar.

Meghna Gulzar, the film’s director admitted it was a challenge to confine all that to a 2-hour space. There were two completely different theories put forth by the two teams (of the same investigating agency) about who the culprits. Her idea as the filmmaker was to put both these theories before the the audience. But after watching the movie, there is no doubt where the filmmaker’s sympathies lie. There are many ways to showcase the improbability (or stupidity) of the second investigation team’s claim that the parents are guilty. Meghna Gulzar chose humour and strangely enough it works. Irrfan Khan who plays Officer Ashwin Kumar laughs off the other team’s claims and desperate attempt to convince the concerned parties. The audiences, too, join in.

The film does not deal the trial of the case and it seems a bit anti-climactic. The book, however, deals with the trial in great deal. The issue of typo-graphical error in the evidence actually came up just before trial but in the movie it is shown as during the course of investigation. There were other controversial issues that came up during the trial like the Judge cutting down the number of defence witnesses and the haste with which the verdict was reached. There is this startling revelation in the book that the Judge with the help of his son had started typing the verdict even before the defence’s closing arguments.

Simply put it was a conviction that didn’t convince. As far as this case is concerned all we can do is hope that the justice is done in due course, of course.