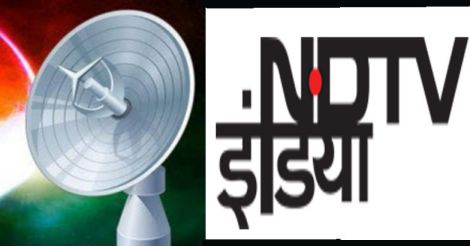 New Delhi: The Editors Guild of India on Friday condemned the "unprecedented decision" of the Information and Broadcasting Ministry to take Hindi news channel NDTV India off the air for a day and demanded that the order be immediately rescinded.

The Guild said in a statement that the decision was a direct violation of the freedom of the media and therefore of the citizens of India and "amounts to harsh censorship imposed by the government reminiscent of the Emergency".

It said the ostensible reason for the order was the government's claim that in its coverage of the terror attack on the IAF base at Pathankot in Punjab in January, the channel gave out sensitive information to the terrorist handlers.

It said NDTV, in its response to the show cause by the government, had maintained that its coverage was sober and did not carry any information that had not been covered by the rest of the media.

The statement said this first-of-its-kind order to impose a blackout had seen the central government entrust itself with the power to intervene in the functioning of the media and take arbitrary punitive action when it did not agree with the coverage.

"There are various legal remedies available to both a citizen and a state in the court of law to have action taken for any irresponsible media coverage. Imposing a ban without resorting to judicial intervention or oversight violates the fundamental principles of freedom and justice," it said.

"The Editors Guild of India calls for an immediate withdrawal of the ban order."

The Information and Broadcasting Ministry directed NDTV India to go off air for 24 hours from the midnight of November 8-9 for allegedly breaching broadcast norms while covering the Pathankot terror attack.

The NDTV expressed shock over the order, saying the channel's coverage was "particularly balanced" and it was examining all options in this matter.