Bhagya Lakshmi is no stranger for a Malayalis. Her voice gave life to many prominent characters in the Mollywood industry for three decades. The bold and inspirational women is making her comeback to acting after a gap of 35 years.

I had done about 12-15 films before but just for minor roles. Actors had to over express their emotions in olden days. But today, acting has become subtle, physically as well as mentally. Initially, for this movie, I was nervous in facing the camera after a long gap. Acting in front of other people also posed a challenge. But I got over this jitteriness with the help of the friendly cast of Pa.Va. 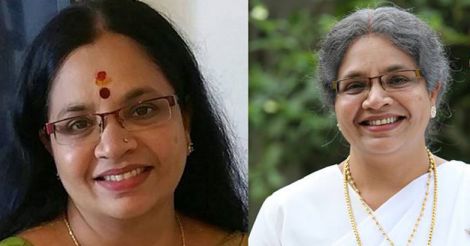 My well wishers were urging me to get into a full-fledged acting for quiet some time now. Considering their opinion, I was waiting for a simple role in a powerful movie for donning the role of an actress. And, now with PaVa I am one among the leading ladies in the movie.

I portray the role of an 80- year old achayathi, Philo. A simple and loving wife of Varkkichan. A still from the movie 'Pa.Va'

Definitely, dubbing is tough for me. Dubbing is done all alone in a studio. As I said, you get the support from the co-artists while shooting, but for dubbing, we have none. The emotions have to be brought into the character through sound. We need to transform ourselves into the character, only then can the underlying emotions be brought out by vocals. In another sense, the work in a dubbing studio is acting itself.

Working with the best artistes

I had known Anoop since a long time. He was one of the motivators who encouraged me to make a comeback in acting. Murali's father Gopichettan was like an elder brother to me. And, just like his dad, we can talk about anything under the sky with Murali too.

I respect their dedication to transform themselves into the character they have portrayed in this film. Initially, I had the inhibition to face camera with the grey wig and the traditional chattayum mundum. But, when I saw the octogenarian get up of both Murali and Anoop who are younger to me, I felt a great respect to these two actors. The major problem I had to face during the shoot was the heat and the dust. Sometimes while dubbing, I used to complaint about the slips ups by actors, but now after working for big role in PaVa, I regret making such criticisms. Once you come in front of the camera, only then you will realize the hurdles an actor faces while shooting.

Let me make it clear, my intentions are not to win any awards, but it is out of my love and my long term relationship with cinema, I have decided to act. 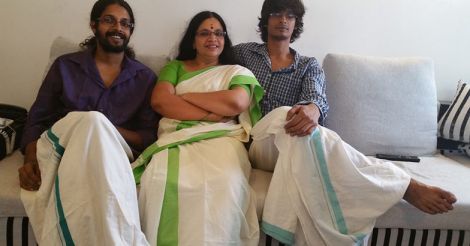 Earlier, when my name was dragged into unnecessary controversies, I used to react and try to bring the truth out. I used to get disappointed. But, today, I have learnt to take all such things sportingly. I pay heed only to healthy criticisms. My well-wishers and people who love me know the truth behind whatever gossips that pop up. Only to authentic news, do I give clarifications.

Also, people's attitudes are different. We can't correct everyone. Neither can we satisfy them always.

I will be donning the role of yet another 'achayathi' in Jude Antony's upcoming flick Oru Muthashi Gadha. Other than that, I haven't signed any.

Pa.Va narrates the story of true friendship between two persons that bloomed right from their childhood. It also depicts the love and support in a joint family. The film has all these aspects that are missing in today's era.