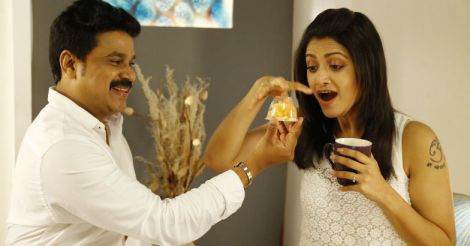 When Dileep and director Shafi alighted at Montreal in Canada, Mamta received them at the airport. The flowers she presented them gave some relief after a long travel.

"I was seeing Mamta after a year and she was happy to see her old friends and colleagues. After she had left for Los Angeles we used to contact only through phone. Now, there she is, Priya of 'My Boss.' If I could link two stars to wonders, I would add Innocent and Mamta to the list," Dileep said, while relaxing at a hotel lobby in Ernakulum, where Christmas celebrations were on.

While the two have acted only in four films together, they have become a hit with Keralites. 'Passenger,' 'My Boss,' 'Arike,' and the upcoming 'Two countries' are the films in which they have acted together. 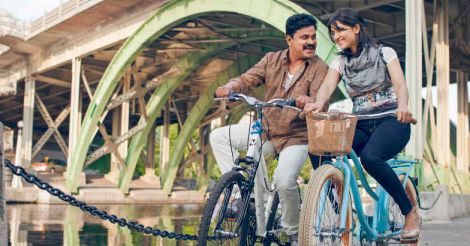 Mamta said, "You need to sacrifice a lot if you want to be a good actor. Who else can essay unique characters as Dileep can? I would say Dileep is the Robin Williams of Malayalam Cinema. In 'My Boss' I kick Dileep and many have asked whether I really kicked him. I had practised a lot with Abu Salim who acts in the film."

Both the actors have similar personal lives. However, Mamta also had to deal with a serious disease. Even though she was bothered at first, she came back to life.

"When I see Dilip, I feel we are on the same boat. Now my efforts are to help people affected with Cancer as part of my work at Swasthi Foundation. A dedicated team of doctors at RCC are now helping me find and rehabilitate cancer patients," she said.

Talking about his co-star, Dileep said, "How Mamta overcame her problems is a lesson for all of us. When I feel like resting because of physical ailments I think of Mamta and I get instant relief. When Shafi told me the new story, I called her up because there was none else who would suit the role. It was at her insistence that we set a location at Canada." 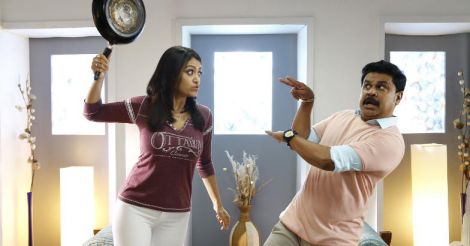 Directed by Shafi, the romantic-comedy film 'Two Countries' will hit the screens during the Christmas holidays.