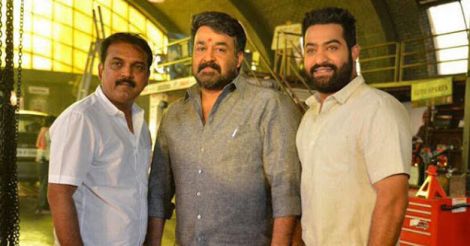 "Every filmmaker wishes to work with and capture Mohanlal and NTR in a single frame. The kind of energy their mere presence brought to 'Janatha Garage' is nothing short of a cinematic high," Siva told IANS.

Describing their on screen performance as "electrifying", he said: "It was a treat to watch them share screen space. When it comes to performance, not many stars complement each other the way these two have in the film."

The film, which is slated for release on Thursday, was exclusively written for Jr NTR.

"Even in the ideation stage, I believed he was the perfect choice. When he heard the script, the way he reacted, and the way he expressed, pumped me up. As a director, it's very important that his actor expresses how excited he is about the project. NTR knew exactly how to get me excited and I strived hard to maintain that level of excitement throughout the shoot," he said. 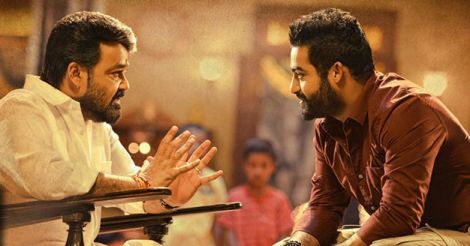 A still from the movie 'Janatha Garage'

Having already worked with stars such as Prabhas and Mahesh Babu, Siva said he capitalised on Jr NTR's strengths.

"He's a very expressive actor. All the heroes I've worked with so far have their own styles. NTR too has a unique style and I didn't try and tamper with it. Instead, I used it in a way it hasn't been portrayed before," he said.

While many wondered at the inclusion of Malayalam superstar Mohanlal in the project, Siva chose to explain saying: "A lot of people asked why not an actor from Telugu industry in the place of Mohanlal. I won't answer that question. However, I'd like to tell them why Mohanlal... It's because I wanted an actor of his stature for the role. 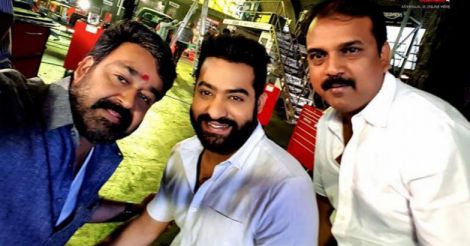 "I also realised somewhere that both NTR and Mohanlal, who make a great combo, share some similarities," he said, and added that Mohanlal instantly gave his nod upon hearing the narration.

"Janatha Garage" is coming after back-to-back blockbusters "Mirchi" and "Srimanthudu", and Siva is confident of its success.

"More than the pressure, I'm curious about how audiences will receive the film. I feel like a school boy who is anxiously waiting for results," he said and clarified that he isn't bogged down by box-office pressure. 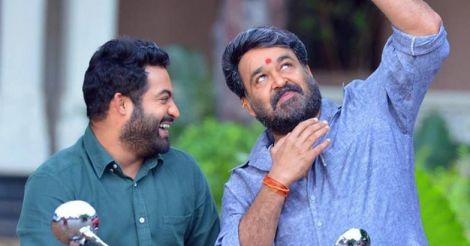 "We are all driven by success. Every filmmaker wants his film to succeed and I'm no exception. However, I don't get involved in the box-office numbers game because I feel it's a baggage. I make a film that's very close to my heart. My team and I should believe in it," he said.

In the film, Jr NTR fights to protect nature, and explaining the purpose behind it, Siva said: "He plays a guy who loves nature. We've not tried to make a film on social awareness. Within the commercial trappings, we've included a social element."