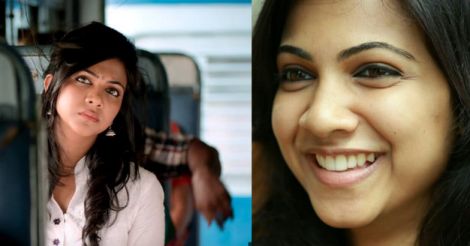 Chennai: Actress Madonna Sebastian, who is making her Tamil debut with Kadhalum Kadhandu Pogum, says that although she prefers being part of content-driven films that require her to perform subtly, she can't say no to "masala" films.

"Personally, I enjoy being part of films where I'm not just a pretty face and have a solid role. I like to perform subtly, express using my eyes and smile. Though commercial cinema doesn't offer you scope to do such things, I can't say no to masala films," Madonna told IANS. 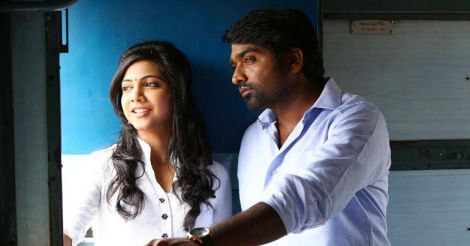 She also said she can't turn down an offer to work with a star.

"It's in these masala films that you get to work with stars. How can I say no to working with them? My latest Tamil release 'Kadhalum Kadhandu Pogum' features Vijay Sethupathi who I really admire. I just couldn't miss an opportunity to work with him," she said.

"My next Malayalam release 'King Liar' is with Dileep, who is a much bigger star. It's an out-and-out masala film," she added.

In Kadhalum Kadhandu Pogum, which released in cinemas on Friday, she plays the role of Yazhini, who works in the Information Technology world.

"It's a simple love story of a boy and a girl who, by the time they realise and fall in love, the film ends and they never get to live happily ever after. Still, this is a fun film and there's nothing tragic about the story," she said.

The film is the official remake of Korean entertainer My Dear Desperado.

Madonna has watched the original and she feels the Nalan Kumarasamy-directed Tamil version is much better.

"Nalan has made it livelier, which makes the remake not a frame-to-frame copy of the original. The localisation of the content has worked very well and even those who have watched the Korean version will love the Tamil remake even more," she said. 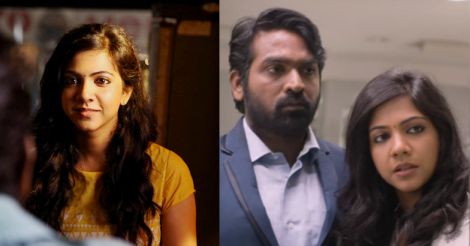 Talking about her co-star Vijay Sethupathi, she said: "It took time for both of us to get talking on the sets. I've learnt from him that it's important to match the wavelength of one's co-star while performing, and his valuable input really benefited me."

Also read: Madonna Sebastian has an affair in Kollywood

Most popular for playing the character Celine from last year's Malayalam blockbuster Premam, Madonna feels the success of the film has already made her a known face in Tamil industry.

"We knew Premam was a good film. However, none of us expected it to do so well. People still call me Celine wherever I go, which only shows how much they love me. Slowly, they are getting used to my real name," she said.

Not in a hurry to sign new projects, she will join the sets of Premam Telugu remake from next week.