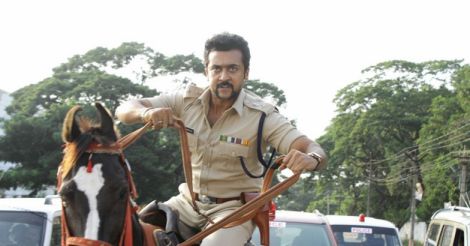 Suriya is a busy man. The third installment of the hugely popular cop saga Singam is about to hit the theaters on Thursday. Onmanorama caught up with the actor amid the promotional tours for Singam 3 and the hectic shooting schedule for the new movie titled ‘Thaana Serntha Koottam’.

What can we expect from Singam 3?

Singam 3 is a continuation of the previous movies in the series. The same characters, the same actors but there is a major twist in the tale. Durai Singam had kept himself confined to Tamil Nadu thus far. He is an international investigative officer in Singam 3. He will be a more powerful character than the previous movies. I am grateful to director Hari sir for such a character.

How do you feel when you team up with Hari again?

Hari sir is a popular director. I have acted in 35 movies and five of them were with Hari sir. I consider myself lucky to do more than one movie with a director. His movies are always very special. He sticks to his format but introduces timely changes in his movies.

He is a director who interacts a lot with the people. He is very sincere in his work. He is fast-paced like his movies. Once the camera starts rolling at 6:45 am, it goes on until 6:30 pm. He has a cameraman, Priyan, to match his pace. I have also become fast working with them.

Why did you decide on doing Singam 3?

I never imagined that I will don such a powerful character like Durai Singam. But that character lifted my acting career. Then I played Durai Singam again in Singam 2. I had never planned it but even Singam 2 was received well. A successful movie is talked about for two weeks or at the most for two months. Then we will forget about it. But Durai Singam still lives in the minds of fans even years after the movie’s release. Everyone talks about Singam. That inspired us to make another sequel to it.

To be honest, we had tried not to make a third installment of Singam. We were working on another story. We sat together twice for it but Hari sir told me a thread for a Singam sequel after that. I was in love with the idea but Hari sir said let us keep it for later because he did not even have a one-liner.

He takes a year to write a dialogue. I told him let us do Singam 3 no matter how long it takes.

So Singam 3 just happened. We are all very happy with the movie. This movie is more action-packed than the previous two movies. We shot six fights and four chases over 50 days. The movie also has its share of sentimental moments. Families will like it. This one is for everyone.

What are the other factors worth note in Singam 3?

I really have to mention Thakur Anoop Singh, who plays the villain in the movie. He is a very hardworking young man. He learned Tamil to dub his part in the movie. He was very dedicated to the role because he understood his importance in the movie. He has taken great risks in the action sequences. Singam 3 will be a definite break in his career. 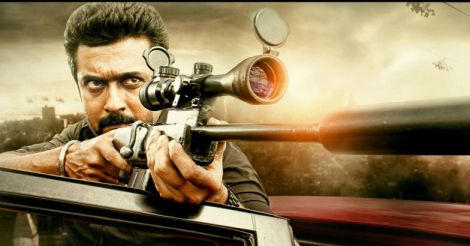 Stars feel safer in following a tested formula. However, you often experiment with your career.

You might be guaranteed of success if you choose only those movies which are likely to succeed at the box office. But that may not give me a chance to reveal my talent as an actor. The actor in me will stagnate if I keep myself limited to a circle as a star. Whatever be the commercial success of my movies, I want to be known as an actor. That is how I am not limiting myself to commercial successes. I feel contented when doing different roles.

How did your recent trip to Kerala go?

I wanted to meet my fans even as I visited Kerala for promotion purposes. Media in Kerala has also been supporting me from the early days of my career. I am happy that I could thank everyone in person. The people of Kerala do not see my as an outsider. The reception of my movies in Kerala testifies that. Take a bow.