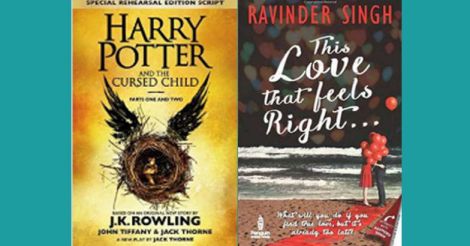 The 8th tale in the Harry Potter saga, J.K. Rowling is all set with another thrilling and magical episode, which features Harry Potter nineteen years later in the post-Voldemort wizarding world

Falling in love is never a conscious choice. Meet this girl, who believed that love was not her cup of tea until one fine day it just dawned upon her. She finds herself asking, “Is this love right”? The answer is not simple. This intense love story from Ranvir Singh will shake your belief on love and life 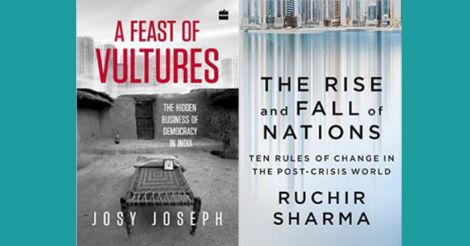 » A Feast of Vultures: The Hidden Business of Democracy in India - Josy Joseph

The book is a preview of people in India, who are hunting for their ways to get different businesses done. The rich,poor, natives, foreign visitors, be it anyone in today's India, they are all in search of right places and the right prices. There is a facilitator always to get things done. This is a narrative of their search, the story of the middlemen who get things done, and the opportunities in a fast growing world.

» The Rise and Fall of Nations: Ten Rules of Change in the Post-Crisis World – Ruchir Sharma

Ruchir Sharma's new book rethinks the concept of economics based on not just numbers, but live observation. He teaches us how to read political headlines, world billionaire rankings, price of onions and popular news magazine covers as signs of booms, busts and protests.

Sharma tells you how to read numbers, and to predict if it will be worthy for the nation. 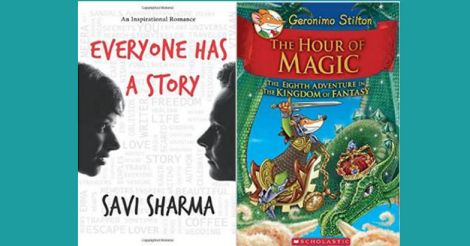 » Everyone Has A Story – Savi Sharma

Everyone Has A Story, is a tale weaved in human relationships. Meera is a writer in search of a story that can touch millions of lives. Vivaan is a manager at the Citibank who dreams to travel the world. Kabir is a cafe manger who desires something of his own, while Nisha is the despondent cafe customer who keeps secrets for herself. What will happen if their lives entangle? Grab this book, and travel with them as they love, live and explore the new lives ahead of them.

Geronimo Stilton is amazed to find herself called back to the kingdom of fantasy for another adventure. Blossom, queen of the fairies, are in need of her help, when the time itself is under threat. An evil force is making the hands of the magical tick tock timepiece spin faster and faster and alas, Blossom was ageing at an alarming rate. If Blossom perishes, so would be the kingdom of fantasy. Will Geronimo be able to save the kingdom before the clock strikes the final hour?

Innovation can make Kerala's own Kasavu sari a success story: Sreejith of Rouka

A senior police officer interacting with his officers near the Indian Air Force base in Pathankot. Photo: PTI