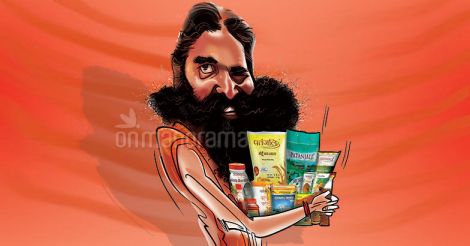 Months ago, MNCs in India thought that 'Swamiji' was selling cheap, nondescript things similar to the extract of Aloe Vera.

They even made fun of Baba Ramdev for trying to break into their business space with products that did not have the backing of years of research or multi-billion testing facilities as they usually claim in their ads. In fact, Baba became a regular butt of their jokes during liquor-laced meetings and conferences. All those liquor however could not mask the shock they received when Baba's company released its financial figures. The turnover of Rs 5,000 crore was a kick right on their faces.

To make matters worse, Baba's company is aiming for Rs 10,000 crore in the next financial year. That would see Patanjali easily cruising past the business figures of many big timers operating in the market now. Only one MNC with about Rs 35,000 crore of yearly sales would be ahead of Patanjali if the Indian company has its way.

The projection of turnover is based on demand that the company's products has. In 2014-15, the company had a sales turnover of about Rs 2006 crore, which doubled in a year. The products have caught up in villages and towns and good sales have been predicted in future.

Now, who is the brand ambassador for this firm? Not anyone that easily comes to one’s mind because the firm is promoted by the Baba himself. He also named the products after the yogi who coded yoga in its current form. He also threw in Ayurveda with the marketing mix to enhance its perception.

The secret of the success of the company is the demand for herbal products. These days, none needs chemicals packed as food or cosmetics. People are even skipping hospitals for herbal or natural solutions. That is why now all MNCs are coming out with herbal toothpastes. This is just the start, mind you...

The Baba also had other tricks under his robe. He employed top executives at MNCs and also undercut pricing of his products by about 20 per cent. He also successfully sold the idea that his products were pure and free of chemicals and extended that brand culture to products such as honey, chappathi and even noodles.

Tail piece: Models have been hit hard by Patanjali's success because the norm that models and brand ambassadors influenced the success of a product has been proved wrong. However, that has not stopped the Baba from advertising. He spent Rs 360 crore in the last 1.5 years for advertisements.