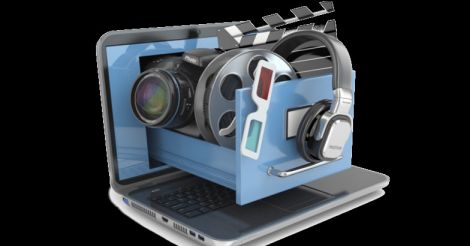 There are some businesses that carry fancy names, but hardly make money. One of them is net release, something that film makers have been clamouring for a long time now. Now, however, 'Leela,' a film by Renjith, has been viewed by about 5000 people through net release.

Many agree that this is a revolutionary step. Release rights outside India were often sold for paltry sums. Even films in which super stars acted were sold for Rs 40 lakhs maximum. While ‘Pathemari’ made crores outside India, the producer got nothing out of the popularity of the film because the rights had been sold.

net release is a solution for such a situation because even if a small portion of Malayalees in the UAE, US and Europe view the film, it would translate into huge earnings for the producer and end exploitation of those who invest money in films. Taking a conservative account of Malayalees in foreign lands as well as in other states, the producer could make about Rs20 crores in revenue per film.

However, this has not been happening in reality. An experiment by Sabu Cherian, who released the film 820 on the Internet did not bring in the desired result. If it had, would Bollywood, Kollywood and Tollywood kept quiet? Kamal Haasan had made an attempt to release Vishwaroopam on the Internet, but that did not materialise. Similar fate awaited Lal Jose who wanted to release Nina on the Internet for foreign viewers. Reliable technology is a critical factor here because you cannot download a film for viewing, it streams through the net. In many cases, slow bandwidth destroyed the viewing experience and money had to be reimbursed.

That is when ‘Leela’ was released on the Net in the US and the UAE for $ 16 and Dhs 45, respectively, and went on to collect about Rs 30 lakhs from that channel. The technology is being provided by Relax.in and payments are through Paypal. We will have to wait and see how the experiment fares.