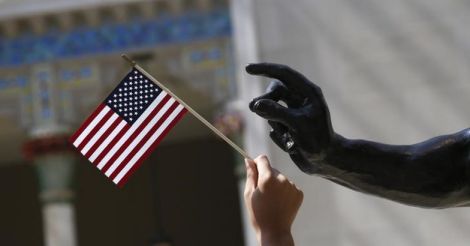 I have been through US Immigration counters more than a hundred times since 1979 without any unpleasant experience. Of course, I always had a diplomatic passport and a diplomatic visa, but that was no guarantee against questioning or even search if an immigration agent grew suspicious of anyone.

On one occasion, my suitcase was searched for no reason and on another, I was questioned as to why I had a non-diplomatic visa on a diplomatic passport, but there was no delay in clearance. (I was traveling from Vienna on a private visit.) But during my first visit to the US since the election of president Trump, I was apprehensive as to whether my entry would be smooth, having a diplomatic passport and an ordinary visa, issued in Chennai six years ago.

There were reports that old visas would be reviewed, as necessary. But my experience at the immigration this time was exceptionally good. I was guided to a machine to feed the visa information and to answer the normal customs' questions. Once I got a printout, which had my picture, the immigration agent waved me through, without a conversation. It appeared that the immigration authorities went out of their way to remove the concerns created by president Trump’s statements about protecting the US against foreigners. 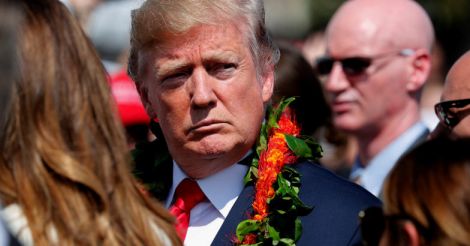 The life in "Trumpistan" has not fundamentally changed since the new president took over, even though there is considerable anxiety about the direction the country is taking because of the unpredictability of president Trump's statements and actions. Ironically, his unpredictability gives a reason for the hope that he will not implement the many irrational decisions he has announced to make America great again.

The major change that one sees on the ground is that, instead of relying on an elected Government of the people, by the people and for the people, the people themselves are assuming power. They have begun to feel that governance is too serious a matter to be left to the vagaries of an individual, who is unpredictable, incoherent and preoccupied with his survival instincts.

Constitutional remedies are openly discussed and there are several campaigns to impeach him. One businessman has pledged millions of dollars to see the president impeached and appears on television, appealing for support. But the realisation is dawning on the people that the dynamics of political configurations, the game of numbers and the fine aspects of legality will prevent changes before the next elections. The answer, therefore, appears to be to move on a parallel track, formed by public opinion, the media and responsible citizens inside and outside the administration. An American business leader exuded confidence when he assured me, "presidents may come and go, but America will go on forever."

The most sensational instance of resistance to the president came when Air Force General John Hyten, the commander of the United States Strategic Command, said recently that he would ignore an "illegal nuclear order" from the president, adding that Trump could not carry out an illegal strike. If the president asked what was legal, "we would come up with options and a mix of capabilities to respond to whatever the situation is...We're not stupid people. We think about these things a lot. When you have this responsibility, how do you not think about it," he asked. 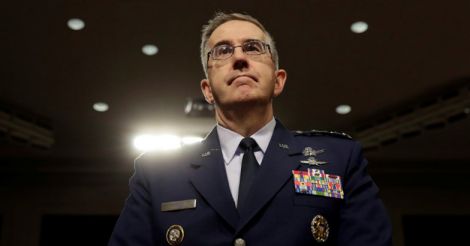 The most sensational instance of resistance to the president came when Air Force General John Hyten, the commander of the United States Strategic Command, who said recently that he would ignore an 'illegal nuclear order' from the president.

Moreover, some senators want legislation to alter the nuclear authority of the US president and a Senate committee held the first congressional hearing in more than four decades on the president's authority to launch a nuclear strike. At a time when the president was threatening to "totally destroy" North Korea, such developments would erode his credibility further. Such evidence of placing the interests of the nation over and above presidential statements and moves is visible in domestic and foreign policy matters.

Although the position of the Trump Administration to withdraw from the Paris Agreement is unchanged, the US attended the November meeting of the Conference of Parties (COP) of the Framework Convention on Climate Change (FCCC), not only because of technical reasons, but also because the opinion of the responsible circles is that it is in the interests of the US to remain within the confines of the Paris Agreement. The US delegation participated in the deliberations of the COP in good faith in the seeming expectation that the Paris Agreement could not be wished away by the president. Apart from the environmentalists and the general public, many industries continue on the course set by the Paris Agreement to control greenhouse gases emissions.

Although the president characterized his East Asia visit as "tremendously successful", the public was generally skeptical and ignored most of his views expressed on the trip as tentative. The advisers accompanying him on the trip kept providing briefings to indicate that much of what he said was tongue in cheek, particularly when he praised the Chinese as a role model. Neither his enemies nor his friends, new and old, expressed confidence in his reliability. President Xi rolled out the red carpet for him but took all the flattery in his stride. His repeated references to Asia Pacific as "Indo-Pacific" sounded hollow when India was not even a member of APEC. 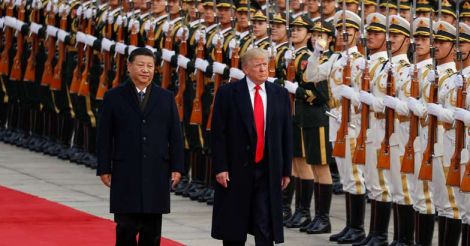 President Xi rolled out the red carpet for Trump but took all the flattery in his stride.

The revival of the "Quadrilateral" grouping consisting of the US, India, Japan and Australia contradicted the president’s adoration of China, but even the participants were cautious not to make the grouping appear an instrument of containment of China. Even more, the Japanese prime minister made new moves to befriend China, precisely because he did not consider president Trump reliable. The public, at large, harped mainly on the dangers of what the president said in East Asia rather than on his accomplishments.

The initial instinct to protest and demonstrate against the president has died down except in the recent case of Puerto Rico related demonstrations. The strategy the population is adopting is to wait and watch for the president to reverse his decisions and postures as he had done in the past. Even on migration issues, on which the president has wide support, the inconsistencies in his approaches and the interventions of the judiciary have thwarted his initiatives. His inability to find an alternative to Obamacare was another blow to his capacity for change. His response to national emergencies like terrorist attacks and school shootings have further alienated him from the people.

Trump's statements are a matter of curiosity, not the voice of the conscience of the people or the consensus among them. Presidents used to be judged by approval ratings in the past, but it has reached rock bottom in the case of Trump and nobody seems to give any attention to it as the criteria used to determine approval ratings are difficult to apply in this case as there is no finality about his statements and actions.

A leading American newspaper was asked soon after the election as to why the paper was totally wrong in its predictions. The answer was that the duty of the paper was not just to report facts, but also to guide public opinion. The whole media, with some exceptions like Fox News, has taken on the responsibility of guiding the nation, by way of a running commentary of the president’s thoughts and actions. The president dismisses all these as fake news and ignores editorial and opinion writers. The public seems to lap up the negative assessments of the media. They trust the media more than the president and accepts the assessments like "this is what happens when a very big nation is led by a very small man." 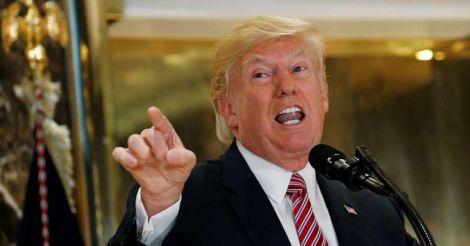 Today the American media is preoccupied with an array of high profile men in a variety of professions, including politics, who have resigned, been fired or disgraced after accusations ranging from inappropriate text messages to rape were made. The New York Times recently published the names and details of 33 affected celebrities. The trend was set when several women had come forward to accuse Harvey Weinstein, the Hollywood producer, of sexual misconduct in October. Though the men belonged to different parties and backgrounds, the fact that the president himself was accused of such misconduct got highlighted in the process. The president was careful not to defend any one of them, but that has not exonerated from his own misdemeanors.

The major act in town, the Russia investigation is meandering slowly towards an unpredictable denouement, while taking a greater toll on the credibility of the president and his associates. The Republicans and the Democrats have been trading charges against each other on Russia. But all of this has become irrelevant to a nation, which has taken charge of its own governance, while waiting for change, one way or another.

The silver lining on the cloud that envelops the US today is the fact that the economy has been improving steadily, a promise that president Trump had made right from the beginning. This has given some comfort to the people and the mood to wait patiently for change.