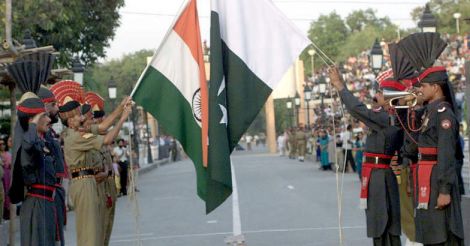 Pakistan should realize the futility of seeking parity with India by keeping the Kashmir pot boiling and build peace and cooperation in South Asia. Photo: Getty Images

Having a glimpse of Islamabad for the first time, after having dealt with Pakistan at different capitals for 37 years was an eye-opener. While the courtesies and hospitality extended to me were impeccable, I got the feeling that Pakistan is not as formidable an adversary as we imagine.

The country is in the grip of fear about extremism and terrorism and the economic development is hostage to assistance from China. The US has issued a final warning about Pakistan’s role in Afghanistan and relations with India are frozen.

Pakistan is counting on China and Russia to rescue it. Pakistan should realize the futility of seeking parity with India by keeping the Kashmir pot boiling and build peace and cooperation in South Asia.

I knew many Pakistani diplomats and despite the trust deficit in bilateral relations, many of them had become friends, particularly in capitals like Nairobi and Vienna, where our agendas coincided and the mutual obsession was not in evidence as in New York, Washington or Geneva.

At the International Atomic Energy Agency (IAEA) In Vienna, my close comrades were the ambassadors of Israel and Pakistan, who had common interests and concerns as non-signatories of the Nuclear Non-proliferation Treaty (NPT). It was ambassador Shafqat Kakakhel, my colleague in Nairobi, who suggested that I should participate in the Sustainable Development Conference 2017 (5-7 December) of the quarter-century-old Sustainable Development Policy Institute (SDPI).

Civil services by hook or crook

The idea of visiting Pakistan for the first time was an attractive proposition, but the hurdles appeared insurmountable in the present state of India-Pakistan relations. The idea of my visiting Pakistan did not appeal to any of my relatives and friends and the reactions ranged from indifference to panic.

'Stay safe' was the refrain from all, behind which were apprehension, warning and a sense of resignation. I half-heartedly filled in forms, asked the ministry of external affairs for assistance, etc., on the assumption that it will not happen.

Ambassador Kakakhel, the chairman of the Board of Governors of SDPI placed me on a panel on education, given my recent experience in education reform, so that I did not have to touch upon security and other sensitive issues, which he called 'a quagmire'. But the concern was about logistics rather than politics.

Most countries, even best of friends, are very particular about following the strict regimen for visa and unless the online application is accepted by the machine and all other formalities are not completed, one cannot even contact a human being to answer questions on consular matters. The human element has been totally eliminated. In one case, I could not go beyond the first line on the online application, as the computer rejected my surname as “error” from the start. No one could explain why my name as in the passport became 'error' for the computer. But in the case of Pakistan, the visa began chasing me with the request that I should merely produce the passport in Delhi and get my visa, regardless of the state of my application. The only hassle was of getting my diplomatic passport to Delhi and back! Senior diplomats of the Pakistan High Commission kept a constant vigil on two holidays to give me a visa, which arrived exactly 24 hours before I was to board the flight. Obviously, the SDPI, with its tremendous clout, had pulled the right wires to make it happen. It was incredible that my happiest experience of getting a visa was in the case of Pakistan. The mood changed from apprehension to anticipation when the Pakistan High Commissioner in Delhi telephoned me to wish me bon voyage. 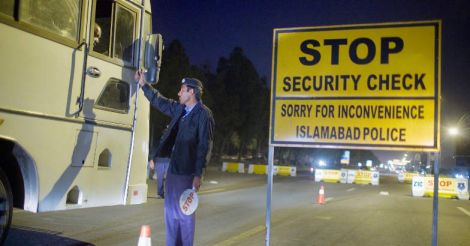 Islamabad is only as big as a Delhi suburb with a two million population and broad roads with modest traffic. Photo: Getty Images

What struck me most on arrival at the Islamabad airport was that Pakistanis are a little worse than us in travel decorum and etiquette. If you stood in a line, you would just stand there, while hundreds will overtake you with no consideration whatsoever. Sadly, the same happened in the elite lines for buffets at the conference. I had somehow thought that the 'app pahle' culture was part of the Pakistani ethos.

Another eye opener was that how much of a myth it is to equate India and Pakistan as most countries do. The hyphenation that many countries have developed between India and Pakistan is the priceless legacy that Pakistan has acquired because of the internationalization of the Kashmir issue and other differences. There is no comparison between the two in any area, particularly after the liberation of Bangladesh.

Islamabad is only as big as a Delhi suburb with a two million population and broad roads with modest traffic. In sharp contrast to New Delhi, Islamabad has only two five star hotels and the international airport has only one departure gate! Like the 'equation' between the US and the USSR during the Cold War era, the best kept secret is that there is nothing to equate Pakistan and India except the nuclear capability, which eliminated the military imbalance. Pakistan is many years behind us in virtually everything. The style and sophistication of the Pakistani diplomats abroad had led me to expect a better style of living in Pakistan.

But yet, the obsession with India is palpable everywhere. The whole conference agenda was to study the comparative statistics of India and Pakistan in the guise of studying South Asia. On the fringes were Bangladesh and Sri Lanka and nothing else. The review of the higher education scene indicated that Pakistan was behind us in every area, except perhaps research, which showed better productivity than SAARC and BRICS countries. 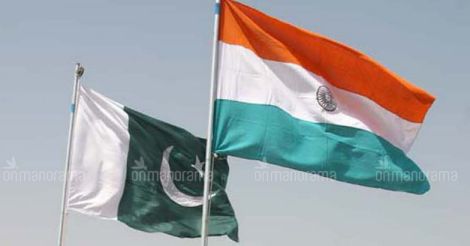 There is no comparison between the two in any area, particularly after the liberation of Bangladesh.

In my own presentation, I recounted the challenges faced by educational reformers in India because of the extreme reluctance to touch an established enterprise, which somehow was performing the basic requirements of education. Any attempt to tinker with it is expensive and risky. Educationists in India, like in other South Asian countries, went about their business as usual attitude, while the rest of the world transformed their education in the last ten years, more than it did in the last hundred years.

Rote learning, with standardized examinations and uninspiring classrooms with extremely low engagement continues. There are exceptions, particularly in private institutions, but they are  being controlled to follow the norm by regulatory agencies. The scholars from Pakistan, who took part in the discussions endorsed every word that I spoke and went on to describe an even more disturbing picture of education in their own country.

The agenda of the conference was very extensive and several parallel sessions were necessary to accommodate the speakers. The resource persons at the Institute prepared the sessions well and provided the statistical data, wherever necessary.

Islamabad does not have much to offer in terms of heritage sights or monuments and though it has wide avenues, the absence of skyscrapers and neon lights, gives the city a dull appearance. There is an eerie silence and a disturbing calm and occasionally disturbances erupt and the army moves in with an iron hand to nip them in the bud. I was in Islamabad when China issued an advisory to its nationals to take security precautions. I believe as many as a dozen Indian invitees pulled out of the conference for security concerns.

But the army is not visible on the streets. The diplomatic enclave, where our High Commission is located, is a fortress with the lovely gardens and the architecture of the missions hidden away from public view. Chanakyapuri in New Delhi presents a delightful contrast in terms of charm and convenience though security is not lacking there also. The Indian High Commission is gearing up for the arrival of a new High Commissioner, Ajay Bisaria, till recently Ambassador to Poland, who will have to find his way around the present impasse in diplomatic relations.

On the day of my return, Dawn carried an Op-ed by a former ambassador to the United States, Ashraf Jehangir Qazi, entitled “Why should India try to destroy Pakistan when the country’s rulers are doing it themselves?” He argues that Pakistan, despite its poverty and inequalities, does not have a single significant pro-poor or progressive political party. There are only religious, nationalist and populist leaders, who are all right wing, conservative and pro-establishment. He virtually calls for 'a historic struggle to rid Pakistan of rulers without a cause, other than to escape accountability.' He sees the signs of a failing state in every walk of life.

(The author is a former diplomat who writes on India's external relations and the Indian diaspora.).

Read more: Columns | Life in Trumpistan: On what happens when a big nation is led by a small man