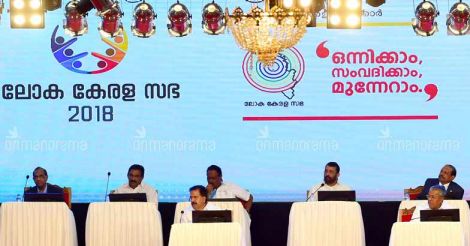 The mild protest by Dr M K Muneer, deputy leader of the Opposition in the Kerala Assembly at the opening of Loka Kerala Sabha was the outpouring of the growing feeling among the people over the glorification of overseas Indians at the expense of those who have done well in India itself. After all, those who are billionaires and millionaires abroad today are people who left these shores either because they could not stand the competition at home or because they wanted to amass immense wealth abroad. That they have been successful abroad is a matter of pride for India, but should they be ranked above local political leaders and others who have been successful in India? In our enthusiasm to secure investment from these rich people, should we pander to their egos and place them on a pedestal far above the local achievers? These were the questions which arose in his mind when Muneer found himself ranked below the rich Pravasis in a common forum right in the heart of the seat of democracy in Kerala, the Legislative Assembly premises.

This was only one of the many issues that confronted the Kerala government when it decided to create a Loka Kerala Sabha as a standing body of Kerala legislators and selected members of the Indian community, mostly Indian nationals. Although several states have programmes to cultivate their people abroad and hold conferences, the policy on overseas Indians and legislation over their welfare have remained in the domain of the Union government and this is an instance of “competitive federalism,” which has the blessings of prime minister Narendra Modi.

Fora for interaction with overseas Indians, whether they are Indian citizens or not, are plentiful, ranging from the Union government-sponsored Pravasi Bharatiya Divas to the mushrooming conventions in India and abroad for different sections of the community. They discuss investment opportunities in India, the problems of overseas Indians and even arrange marriages for the young people in their respective communities. Indian political leaders are invited to these and they make promises, many of which are not kept. But over the years, many concessions have been made to the overseas Indians by different governments, expecting them to return the favor by investing in India and serving Indian interests abroad. But considering that the total wealth of the Indian diaspora, estimated 30 million, exceeds the GDP of India, there is scope for greater cooperation. We are far behind the Jews and the Chinese in fully exploiting the potential of the Indian community abroad to contribute to India’s development.

Whether it was necessary for Kerala to take such an initiative with an estimated cost of Rs 5 crore, with a promise to hold meetings of the Sabha every two years, is a matter of debate. The selection of participants, the protocol followed, the lack of opportunity given to the participants to hear their own voices and the exclusion of experts and intellectuals living in Kerala have been criticized and more such grievances will be aired in the next few days. Obviously, the primary motive was to secure investment and votes of the NRIs, who will vote in future elections by proxy. The overseas Indians have also been a source of funding and support to several political parties. 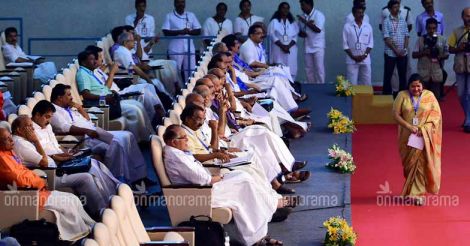 Although it was stated time and again that investment and business were not the major topics, most of the outcomes related to these matters like the Kerala government offering single window clearances, investment opportunities in mega projects and loans and the businessmen offering more investment and seeking efficiency and support from the government, including banning of hartals. These have been old promises from both sides and whether the decisions of the Sabha will be implemented remains to be seen.

Kerala has its share in all the categories of the Indian diaspora, but it is to the Indian citizens in the Gulf that Kerala owes much and they are the ones who need moral and material support from India. Unlike migrants to other countries, they do not have the option to settle permanently abroad and they remit much of their savings to India. Many of them have families in India permanently and they need facilities to live peacefully and to protect themselves against anti-social elements. The initiative taken by Kerala government to focus on the needs and concerns of the Indian citizens abroad, particularly the expatriates in the Gulf is commendable.

Migration to the Gulf from Kerala was neither planned by the government nor orchestrated by any group. It began haphazardly from certain parts of the state and it grew exponentially over the years as opportunities for employment grew by leaps and bounds. The passports and consular services were not designed for such a massive movement of people and agents sprang up to facilitate their movement and to help them secure employment abroad. This was a major private enterprise and unscrupulous people exploited them in various ways both in India and overseas. The remittances were used mainly for unproductive purposes like buying land at unreasonable prices based on aspirations for prestige and not on the real value of properties. In the process, it was a matter of lost opportunities for the migrants as well as the state. By the time the central and state governments became alive to the opportunities and challenges of the situation, massive losses were sustained because of lack of a system. But the remittances saved the economy of Kerala and created haphazard development in pockets, causing inequality and social tensions.

The measures taken by the government over the years have improved the situation, but problems remain and the uncertainties of the political situation in West Asia have made matters worse. The indigenisation of the work force and the prejudices against foreigners have caused speculation that the Gulf bonanza is about to be over. Our embassies have grown in the Gulf states, but they cannot cope with the demands of Indian nationals. Much more remains to be done to improve the living conditions of our expatriates and to give them a sense of security back home by channelizing their remittances to productive purposes and to resettle them when they return.

The most important issue for Kerala expatriates in the Gulf is securing appropriate contracts and ensuring that the promises given to them by the agents and the employers are kept. This is hard because a shroud of secrecy surrounds the deals struck with illiterate workers in the villages. The problems surface when the employees realize that they have been shortchanged. The government has taken several measures to deal with these issues, but the workers continue to face grave difficulties.

The question of rehabilitation of returnees, who may not have sufficient savings to reestablish themselves have engaged the attention of the government and several projects have been launched. They may not be willing to return to their professions when they are back here. Nor will they be equipped to do business or agriculture. Therefore, financial assistance may not be enough to help them out. A facility with expert knowledge on small enterprises will have to guide them when they return.

There is nothing dramatically new in the outcome of the Sabha and some decisions like loans to overseas Indians may lead to objections in the host countries. But if the Sabha becomes a mechanism for implementing decisions and monitoring progress, it may well become a catalyst for enhancing cooperation between Kerala and her children abroad, whether they are billionaires or laborers.