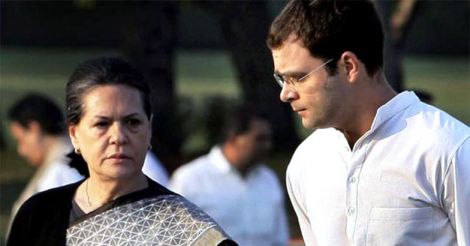 Shashi Tharoor has drawn the curtain on an online petition by one of his admirers to project the Thiruvananthapuram MP as the prime ministerial candidate of the Congress in the 2019 elections. The petition was ‘signed’ by more than 20,000 people before the former minister said that the Congress party does not choose its leaders through such methods.

Though he was surprised, he was also flattered that his name was thought for the top job by an admirer in his constituency, who had said Shashi, with his international experience at the United Nations, and his stint as MP and minister at the national level, would be the most suitable name for prime ministership.

The politician, who just completed 60 years, however, said he was nothing more nor nothing less than a member of parliament and the Congress did these selections through established procedures. Nevertheless, the brief campaign has helped increase Tharoor’s reputation, even though he is a long shot to be projected for the top post.

Young politicians took notice of the online campaign and former Jammu and Kashmir chief minister Omar Abdullah, with tongue firmly in cheek, reacted that Tharoor was sensible enough to know that if Facebook and Twitter endorsements decided on who won elections, cricketer-turned-politician Imran Khan would have become prime minister of Pakistan.

In the last general elections, the cricketer, who floated his own party, came a distant third after prime minister Nawaz Shariff’s Pakistan Muslim League and the main opposition – Pakistan People’s Party.

If one goes by the Twitter following, Tharoor is the most popular among the Congress members of parliament. He has 49 lakh followers on Twitter, while vice president Rahul Gandhi has 18 lakh followers. The next popular leader is Karnataka chief minister Siddaramaiah, who has over one lakh followers.

Meanwhile, prime minister Narendra Modi in his personal account has 2.7 crore followers. The most popular opposition politician on Twitter is Arvind Kejriwal, with over one crore followers. Yet, his Aam Aadmi Party came only second in Punjab and fared disastrously in Goa.

Even on Facebook, Tharoor is the most popular Congress MP with seven lakh followers, but Modi towers with 4.3 crore followers.

Apparently, what matters inside the corridors of Congress is the trust of the Gandhi family and how the inner circle comprising A.K. Antony, Manmohan Singh, Ahmed Patel, Ghulam Nabi Azad and Ambika Soni advise Sonia Gandhi and Rahul.

The Congress has always argued that when it is in opposition, the party does not project a prime ministerial or chief ministerial candidate before the elections.

Even in 2004, it refused to declare Sonia as prime ministerial candidate. The party just maintained that the election would be fought under her leadership. Though Sonia was elected as the leader of the United Progressive Alliance, she handed over the prime minister’s job to Singh.

But in the latest elections in Punjab, the party announced that captain Amarinder Singh would be the preferred one for chief ministership, if he managed to deliver the state from Akali Dal-BJP combination.

But the disastrous results in Uttar Pradesh and Uttarakhand have given rise to calls from senior leaders that the party needs a major revamp. Leaders such as Satyavrat Chaturvedi, whip in Rajya Sabha, and former union minister Veerappa Moily have demanded drastic changes in the party organization and policies. Some have raised questions about the style of functioning of Rahul during the long absences of Sonia from the campaign field due to health reasons.

But then, the leaders will have to wait for the return of Sonia, who celebrates two decades as the party president, when the Congress ruled at the center for a decade, and also faced a bad defeat in 1999 and its worst ever loss in 2014. She has been the stabilizing force, though she has withdrawn from the hurly-burly of party stewardship during the past year.

Even though Rahul was elevated as vice president in 2013, she has resisted calls to make him the president, all the while moving to the titular role of mentor and chief patron. But the online petition in support of Shashi Tharoor may trigger off copycat campaigns either for removal or elevation of leaders, not just in Congress but in other parties as well.