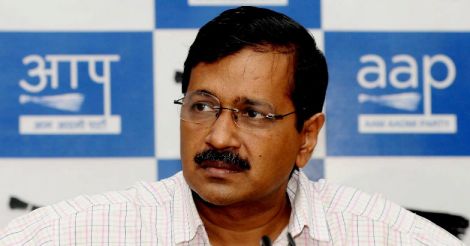 Arvind Kejriwal's politics is at the crossroads. It is not just the white Gandhi cap that has disappeared from the heads of Aam Aadmi leaders, but there are serious questions on the strategy and tactics of Kejriwal, who burst on the national scene as a giant killer four years ago. The last two months have been electorally negative for the man who fully swept Delhi two years ago.

The party's dismal showing in the Rajouti Garden by-election to Delhi assembly is a wake-up call to Kejriwal that he is in serious trouble in his home turf. The party came a distant third in a seat where AAP had convincingly beaten its rivals in 2015. While BJP-Alkali Dal won the by-election, Congress did well to come second, indicating that its voters, who had completely migrated to AAP, have begun homecoming.

There will be more by-elections as one MLA has jumped to the BJP and the sword of disqualification hangs over at least 20 MLAs as the election commission will soon deliver its verdict that they held offices of porosity. Earlier, Kejriwal was snubbed by voters in Goa, though the party became recognized opposition in Punjab.

The Rajouri Garden victory is sweet revenge for Narendra Modi, who hates Kejriwal for spoiling his record of success in every election he leads. After the majority win in Lok Sabha, which included all seven Lok Sabha seats in Delhi, Kejriwal had reduced BJP to a measly three seats in the 70-member Delhi assembly. That day, Modi and his advisers decided to destroy AAP's strength and credibility to avenge the man who had shown even Modi has feet of clay.

The Delhi police had gone after Kejriwal and his MLAs, even as he responded with equal ferocity. Even while leading an uneven fight with the central government and its puppet lieutenant governor, Kejriwal had thought he would extend AAP's footprint in states, which had no major regional parties. He picked Punjab, Goa and Gujarat for AAP's first expansion, followed by Maharashtra and Himachal Pradesh. In all these states, the fight is between BJP and its allies versus Congress. While Punjab responded partially, AAP has so far been a dud in other states. Now the party has decided to leave Gujarat for a direct fight between BJP and Congress.

Kejriwal who has age on his side, needs to concentrate on Delhi so that he keeps his restless flock together, take on Modi and ensure AAP does not lose its voters. Otherwise, his historic success will be a short-lived affair.