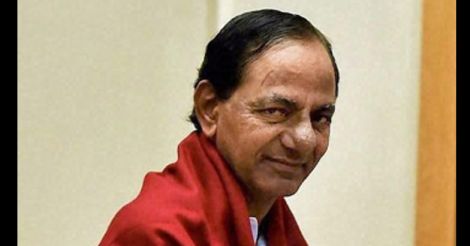 K Chandrashekhar Rao is now on a Bharat darshan. The Telangana chief minister, after four years in power, wants a big role on the national stage. He has been meeting with regional party leaders to pursue his dream of a federal front, keeping out the national parties, Congress and BJP. Rao believes a front of 20-odd parties can be an effective alternative at the Centre in 2019 general elections.

Rao, who had a working relationship with prime minister Narendra Modi in the first two years after becoming the first chief minister of the newly formed Telangana, is now deeply suspicious of the BJP, as party president Amit Shah has asked the state unit to grow at the expense of Telangana Rashtra Samithi. But Rao’s plan is still hazy because he does not have clarity on the practical groupings possible in different states.

Some states like Rajasthan, Gujarat, Madhya Pradesh and Chhattisgarh do not have regional parties. Some regional parties like Janata Dal (United) and Rashtriya Janata Dal in Bihar; Nationalist Congress Party in Maharashtra; Akali Dal in Punjab; and Jharkhand Mukti morcha in Jharkhand have arrangement with either BJP or Congress.

Another ally is Mamata Banerjee of Trinamool Congress who is an enthusiastic proponent of the federal front. Association with Mamata rules out any friendship with the left parties.

In Karnataka Rao is pinning his hopes on H D Kumaraswamy’s Janata Dal (Secular) and has appealed to Telugu-speaking voters in districts bordering Telangana to vote for JD(S)-BSP alliance. Arvind Kejriwal is another recipient of Rao’s attention.

Interestingly, the key man who is assisting Rao is K Keshav Rao, party’s Rajya Sabha member, who has wide political network. Keshav Rao was a general secretary of the Congress under Sonia Gandhi before he quit the party in 2013 demanding formation of Telangana.

Rao, who rules over the prosperous state is being approached by small and sub-regional parties for financial help also to realise their ambition of defeating BJP and Congress.

One regional party leader whom the Telangana chief minister will not meet is his bitter enemy N Chandrababu Naidu of Andhra Pradesh, who was once the key player in the United Front of national parties which ruled the country with outside support of Congress and CPM from 1996 to 1998.