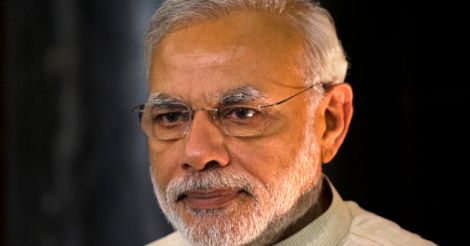 Prime Minister Narendra Modi has ended up stirring a hornet's nest with his decision to remove 27 prominent artistes from the government bungalows and apartments in which these artistes have been overstaying, some by even decades.

Last week, the cabinet committee on accommodation took the decision to issue notices to these artistes - who have been A listers in their disciplines - saying they should vacate the government accommodation provided in Lutyens' Delhi by successive governments. The artistes who have been asked to vacate include painter Jatin Das, Pandit Birju Maharaj and santoor player Bhajan Sopori. However, dancer Shovana Narayan was allotted a house in her capacity as a government officer and has surrendered the house after her retirement from government.

Next on the eviction list are over 60 journalists who have also stayed beyond their tenure. There are others who have been given government accommodation due to security considerations, prominent among them are former Punjab DGP K.P. S. Gill, former youth congress president M.S. Bitta, who has survived several attacks, and families of prominent politicians who served in Punjab, Jammu and Kashmir as well as northeast.

According to Urban Development Ministry, there are over 800 prominent persons, including ex-ministers and former members of parliament who are occupying government houses, either by adhoc extensions or by getting stay orders from lower courts.

The practice of allotting houses to non governmental persons started during the reign of first Prime Minister Jawaharlal Nehru, but the maximum allotments had happened during the tenures of Indira Gandhi, Rajiv Gandhi and P.V. Narasimha Rao.

While the Culture Ministry recommended names of artistes, the Information and Broadcasting Ministry recommended names of eligible accredited journalists, Sports Ministry of eminent sportsmen and Home Ministry decided on those under threat from terrorist groups. This includes special protection group protectees such as Priyanka Vadra, who has been allotted a government bungalow for safety reasons but pays market rent.

One of the most controversial cases was that of sitar genius Pandit Ravi Shankar. He had been allotted a bungalow in Lodhi Estate as a nominated member of the Rajya Sabha and he continued to live there.

When the Urban Development Ministry sent him a notice, he had responded saying that this was not the way to treat a person who was awarded the nation's highest civilian award Bharat Ratna. After a lot of wrangling, the prime minister's office said the bungalow was allotted during the time of Pandit Ravi Shankar.

However, CAG had put forth certain conditions for the allotments. It said the monthly income of the persons who are allotted apartments should be less than Rs 20,000 and that they should not own a house or flat in the national capital.

Successive governments had winked at the violations of these conditions as the artistes, journalists and others put tremendous pressure.

Nevertheless, Modi, who had directed that all former members of parliament and UPA ministers should be asked to vacate last year, asked the cabinet committee of accommodation to be firm in dealing with other such allotments.

Recently, a Delhi court vacated the stay order of some former ministers such as Kumari Selja and Ambika Soni, who were hesitant to shift from the type eight bungalows, which are allotted only for ministers, supreme court judges, chiefs of armed forces as well as former presidents, vice presidents and prime ministers.

Only time will tell whether Naidu will be able to handle the transition of artistes and other privileged sections from government bungalows.

Tailpiece: Interestingly, BJP, which was under intense attack from opposition parties, is studying how many Congressmen are overstaying at their government-sponsored accommodation in BJP-ruled states.

Once again a demand has grown from some Congress leaders for a deep introspection within the party after...

The crowd gathered for the wedding ceremony of Ravi Pillai's daughter. Photo: Onmanorama