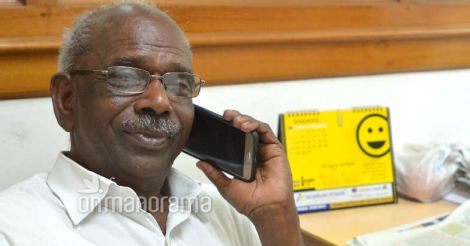 Your wife got mad because you blew off movie plans to watch IPL? Man, she is so crazy. That girl you were dating broke up with you when she found out you were flirting with her best friend? What a nutcase!

Yes, blaming it on someone’s mental state is an easy way to wriggle off the hook or say a person is wrong. And we do it often – casually, flippantly and lightly: just like electricity minister M.M. Mani, who felt Devikulam sub-collector Sriram Venkitaram should be locked up in a mental asylum. But what we keep forgetting is that sometimes, innocuous words can be laden with disturbing and disparaging overtones.

As a 29-year-old, I have been labeled “crazy” by many, on numerous occasions. Because a woman being emotionally expressive is neither tolerable nor acceptable. And no matter how progressive we are, ‘ideal’ women are still submissive, small and secondary.

Thankfully, the definition of "crazy" steers clear of gender stereotypes when it comes to men. The term is tagged with rebels and freethinkers, mostly in a positive way. But then, there are some who are "crazy" in a bad way – the ones of Sriram’s ilk, a few good men who can’t be intimidated by power and money.

Just because the administrators Mani had been exposed to in his life have collectively not behaved in a way that aligns with Sriram’s “crazy” behavior, the minister couldn’t stomach it. Or perhaps our politicians are so used to officers who have become rubber stamps to those in power. Whatever it is, vilifying mental illness to score off someone is unbecoming of an elected leader.

The irony is that the Facebook and Twitter reactions against Mani's statement are equally bad, and social media users are unanimous in their opinion that Mani is “mad”.

We, as society, can’t destigmatize mental disorders unless certain remarks we make on a daily basis are re-addressed. The fact is this verbal leprosy of ours have made mental illness too humiliating and scary – to the point that people would rather deny and avoid their mental health problem than seek help from a professional.

So, the next time crazy, insane or mad creep on your tongue, remember that you are inadvertently engaging in stigmatizing mental illness and gaslighting.