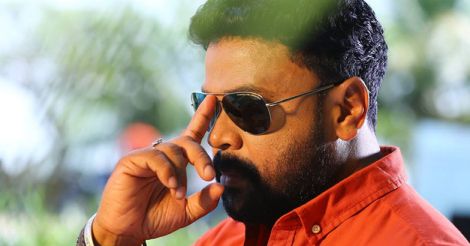 Dileep in one of his movies.

Some questions are real good. Sample this: If Mr. Earnest is an unfair name for a compulsive liar, what about Innocent. As we ponder over this weighty question, let us also think of how acting has evolved over the years, like any other profession.

Actors too have evolved. Making films have become easier with crowd-sourcing, mobile cameras, and the Internet. But some of the actors seem to be stuck in a mythical time warp. They are trying hard to come out of patronizing, hegemonical, sexually exploitative dark ages. Some are trying hard but they are too innocent to break free from the shackles of deep-rooted industry traditions of subjugation, extermination, abduction, blackmail etc. But, then came AMMA which vowed to put an end to all such practices and save its 'sons' and 'daughters' from all evil hands.

Through the looking glass: a cinema-style probe to nail Dileep

If AMMA makes it clear, why have any doubt. So, the unsuspecting people of Kerala have complete faith in the maternal organization when its president Innocent says there is no casting couch and exploitation of women is unheard of in Kerala.

AMMA, do you see this? Your son Dileep is in police custody Monday

Unassuming as they are, some of our actors are great speakers, reactors, raconteurs, writers, dancers, cricketers, soldiers and what not. So, we the people are diminutive dwarfs in front of screen giants. But giants do fall when the Davids of the country wield the sling. One such giant - Dileep - is behind the bars for his alleged role in the sensational actress attack case.

As elitist actors sit smug, earn crores in acting and endorsements, run the industry like mafia dons, send contenders packing, and mock at the law of the land, we the people watch their films filled with moustache-twirling scenes and lewd and skin-peeling dialogs. So, to start with shall we boycott films, at least of known offenders. So when your superstar tames a tiger or thrashes a cop black and blue or sends damsels running behind him, boldly decide to call it quits. There are more worthy films to watch and better actors to see in other languages. After all most of them, the international ones, are not this bad.

Read more: Opinion | I am dying to get Pulsar Suni's memory card. Here's why

The movie was officially launched in Thiruvananthapuram.