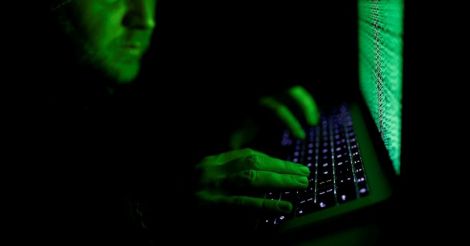 While revolutionizing information technology (IT) and communication, the internet has left a trail of collateral damage too. The question of ethics is one of them. With billions of internet users, mobile phone subscribers and users of other devices intercommunicating in an enormously vast real-time network, it's hard to chalk out a fool-proof strategy to curb incursions on the ethical fabric of peoples and societies.

Reality games taking the internet world by storm is nothing new. But the strides it's making making in terms of influence on the socio-cultural mosaic of societies is something that has been worrying governments.

Parents beware: a blue whale may swallow your child

When cyber games become the online messengers of death

Pokemon go, the location-based augmented reality game, for example, had evolved into a global phenomenon in a short span of time resulting in humongous revenue generation. The game, in which the players move about in real world surroundings, was appreciated for its concept, promotion of physical activity and incentives. As it spawned, the game started baring its ugly underbelly in the form of accidents and nuisance in the public. The game became so penetrating that some nations like Saudi Arabia, Egypt, Russia, Indonesia, Australia, Portugal, and Bosnia issued regulatory orders.

The game Blue Whale is the latest challenge that has opened a Pandora's Box for internet users. The game, which asks players to do a series of tasks, leads them to a suicide challenge. As many as 130 youngsters are said to have ended their lives in Russia under the influence of the deadly game. Philipp Budeikin, the Russian who created the game to 'cleanse society' of 'biological' waste, has since been arrested and is in jail. The Andheri boy who jumped off a tall building to his death is the first reported victim of the the game in India. The lawmakers in the country have already moved the government to take cognizance of the spiraling popularity of the game and its lethal consequences.

The internet being an indispensable instrument for knowledge gathering, communication, and information proliferation, the challenges to control it keep burgeoning. As the internet expands its entrenching grip over the world populace and as stakeholders fail to enact legislation to establish a regulatory gateway to sift content, the only recourse could be self-regulation and control.