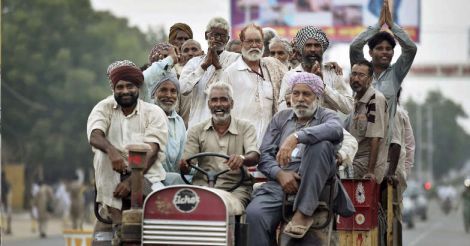 More perplexing than the understated hubris of the man-gods are the undeniable faith of the men and women that their faith-alterers can even defy the laws of classical physics. PTI

If you have a cow in India, you could either be a hapless milkman or a staunch Gau Rakshak. Or worse, you could be a poor and harassed cow trader trying to figure out what to do with the equally hapless animal.

To weave a tale, examine this proposition: the milkman places his faith firmly on the cow to give him enough to feed his family. The cow symbiotically trusts the milkman to feed and protect it. The Gau Rakshak is driven by the faith that he is transcendentally duty-bound to protect bovine incarnations of the divine spirit. The cow trader, hemmed in by a trade ban, places faith on what he can do best to stay out of Gau Rakshaks.

To find a feeble thread, it is faith that keeps the cycle of life going. There is a semblance of peace when multiple faiths overlap without conflict. Conflicts emerge when faiths take a collision course - like the hallowed faith of the Gau Rakshak finds the existential faith of the cow trader questionable and threatening.

Almost all conflicts can hence be deduced to such overlapping faith cycles. As people of various faith dispensations add their faith cycles to the existing ones, there is mostly unrest. Now, there are faith re-cyclers for every faith.

The re-cyclers are usually man-gods who create new macro faith cycles. Such macros become all-encompassing whirlpools into which men and material disappear. The macros are so huge empires that can handle hundreds of thousands of people more effectively than governments. The human faith-cyclists look up to the man-gods to repair, reorganize, re-tender, reassign, and reorganize their faith issues. The man-gods can assume any shape and size, like the flashy Dera Sacha Souda chief Gurmeet Ram Rahim, who is now a rape convict, and the very powerful and now non-existent Chandraswami.

More perplexing than the understated hubris of the man-gods are the undeniable faith of the men and women that their faith-alterers can even defy the laws of classical physics. Faith as a philosophy for positive life is truly a virtue. But, we as a nation, could be moving towards placing faith at the center of life. Faith as the pivot of all action obliterates at one go life's sheer esoteric possibilities and simple pleasures. To say so, blind faith and faith-blinded men can exterminate free thinking, higher learning, a long walk in the park with your loved one, and even a crust of juicy beef. May faith keep us well.

The movie was officially launched in Thiruvananthapuram.