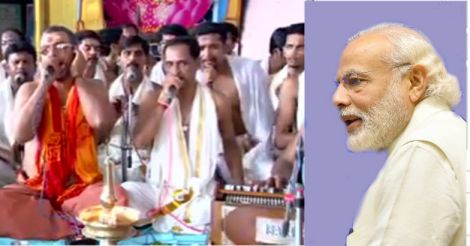 The level of abuse directed against prime minister Narendra Modi and the BJP on social media has grown in recent weeks. While many commentators try to paint it as a result of public anger at the hardships faced in getting cash, that may not entirely be the case.

For one, there is still widespread support to demonetization among common citizens. Talk to any number of people, from cab drivers to office workers to bank staff, and those who support demonetization is equal, if not more, than those who criticize it.

The most common refrain is about how it has hit corrupt officers and government workers. A Mumbai cabbie recently spoke of how cops are now ticketing all violations instead of pocketing bribes. "And that is a good thing, the money is going to the government," he said.

People are still willing to endure the hardship. Whether their hopes of a better corruption-free country will become a reality is another matter.

So where is the social media criticism coming from? Remember the viral video of a woman abusing Modi? That was later proved to be that of a dancer, doing it on someone's instructions.

But the trolls have kept at it.

The latest such video is purportedly that of a "temple priest and staff singing a song abusing Modi and the BJP."

The video shows a man dressed as a temple priest along with a group of men and boys dressed in traditional Kerala attire singing against the backdrop of a temple.

The lyrics are in Malayalam, the song is sung like a traditional temple offering, and the lines abuse Modi, Advani and the BJP. It is not clear when or where it was shot but probably could have been staged in one of the communist strongholds in northern Kerala. It is the region where the so-called "party villages" - fortresses that do not allow even independent newspapers - exist.

It is not even clear if those featured in the video are the actual temple priest and staffers, as the accompanying text says.

But what is clear is that Modi's opponents are trying everything to try to run down his image. And demonetization just provided them another opportunity to vent their venom on the prime minister of the nation.

But Modi can take pride in what is happening. After all, these trolls are just trying to imitate his winning social media formula from the 2014 Lok Sabha polls, albeit by pulling the bar almost floor-level.