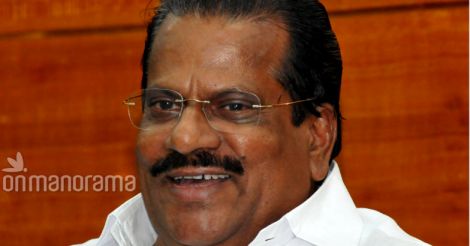 It is evident that E.P. Jayarajan’s exit has cast a cloud of uncertainty on the future of the Council of Minister in the LDF government.

Was it necessary for E.P. Jayarajan to step down before the completion of the probe ordered into the nepotism charges leveled against him? Although a majority in the CPM and the LDF thought resignation from the office was the only way out for the tainted minister, a small section of leaders in the front had raised this question to the party leadership.

They include ministers of the CPM and other LDF constituents. Their concern was that if the chief minister had no qualms in showing the door to his close confidante, what would be in store for them!

It is evident that Jayarajan’s exit has cast a cloud of uncertainty on the future of the Council of Minister in the LDF government.

Is Pinarayi attempting to change the time-honored practice which allows ministers to complete five-year term in office? The stepping down of a leader of the stature of Jayarajan has triggered intense speculations in the corridors of power.

Cabinet reshuffling is a regular exercise at the Center. Narendra Modi, who assumed office on May 26, 2014, reshuffled his Cabinet within six months by bringing in Manohar Parrikar and Suresh Prabhu.

The second rejig took place this July, when Modi expanded his council of ministers with 19 new ministers. Five ministers lost their job as well. The reshuffle was one of the biggest political moves by Modi since coming to power as it was undertaken keeping in mind the Uttar Pradesh Assembly elections. As expected, out of the 19 new faces, three were from UP.

Is Pinarayi trying to follow Modi’s footsteps looking at the upcoming Lok Sabha election? Anyway, Jayarajan’s exit has signaled the first restructuring of the LDF Cabinet.

Cabinet reshuffle has been a regular exercise since the days of the first Nehru ministry which had 15 Cabinet members. 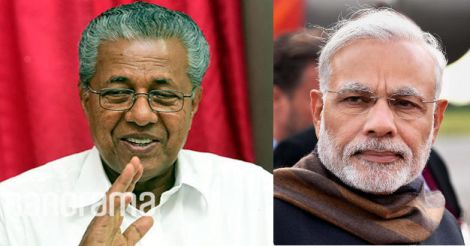 The term of both the central and state ministers can last for the length of the House’s life - a maximum of five years. But, why has Kerala not made use of this opportunity to rotate or change the composition of ministers, so far? Here, a new face gets inducted into the ministry only when a minister is forced to quit, mostly after facing charges, or when the entire council of ministers including the chief minister get replaced.

In such cases, performance or efficiency would not be the yardstick to get the nod. If one chooses to sit idle without getting involved in any controversy, he/she would be able to complete the five-year term ‘successfully’ while enjoying all the special privileges they are entitled to.

From the beginning itself, there were clear indications that Pinarayi wanted to travel off that beaten path. He has put in place a monitoring system to review the performance of the ministers. Based on the assessment, he has been giving instructions to help them rectify their mistakes.

Decisions regarding cabinet reshuffles at Center never get questioned due to the greater powers and authorities enjoyed by the prime minister. He/she will have the final say on anything pertaining to the exercise. During the term of the UPA government, Manmohan Singh used to consult Sonia Gandhi before effecting changes in the cabinet, but she had never interfered with the freedom of the prime minister.

Though the prime minister and the chief minister can wield enormous power, the disadvantages of being the head of a coalition government makes the latter a weaker person.

CPM and Congress, the two main parties of the LDF and UDF coalitions, cannot make a difference by rotating or changing their ministers alone. The Muslim League and the CPI too need to get on board. Moreover, in the Congress, both the factions should sit together and make a collective decision. However, it is easier said than done. How can a party which is even struggling to pick DCC presidents reach an agreement on a set of ministers? CPM, which too is riddled with internal bickering, confronts similar issues.

Looking at the positive side, the state’s political landscape has undergone a major change in the recent times and, definitely, Pinarayi Vijayan is its major beneficiary. He has cemented his position as the unquestionable leader in the party. Apart from the CPI, all other allies of the CPM are ready to dance to his tunes. The changed scenario even allows Pinarayi to dictate terms to the CPI, like he did when Veliyam Bhargavan was at the helm of affairs at MN Smarakam.

If Pinarayi enjoys the same power and influence in the party as well as the front like Modi at center, life will not be easy for his cabinet colleagues in the days to come. Jayarajan’s exit is a strong warning indeed.

Pinarayi may not be generous to allow personal staff to complete the stipulated two years and one day which makes them eligible for pensions. He is well aware that the personal staff of central ministers are not even entitled to pensions.

For inspiration, the chief minister need not look at New Delhi. Jayalalithaa, who assumed office at the same time, reshuffled her cabinet within three months. During her previous term as Tamil Nadu chief minister, she had rejigged the cabinet as many as eight times in twenty-two months!

In a first, the Supreme Court on Friday allowed the service of summons and notices, a necessity in...