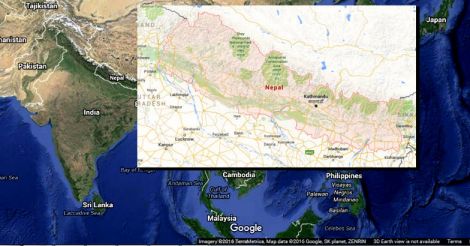 The old warmth in relations between India and Nepal is not there anymore. The Nepalese have been exerting their independence more forcefully ever since India’s recent long unofficial Indian trade blockade of their country.

Bishwamani Pokherel, chief of the news section of the prominent Nepalese daily Nagarik, felt that inter-governmental relations will never be the same again. “We suffered a lot during the blockade,” he said.

“Life is still difficult,” added Pokherel. “India is supplying just 20 per cent of Nepal’s requirements of diesel and LPG though there is enough petrol now.

Relations nosedived after Nepal adopted a new Constitution in September, 2015, that did not address the demands of the Madhesi Nepalese of Indian origin living in the south along the border with India. The delineation of new states was not acceptable to the Madhesis as that would affect their political representation.

The Nepalese government, however, turned a deaf ear to the vociferous Madhesi demands. This irked India, which imposed an unofficial trade blockade that lasted many months and resulted in the shortage of many essential commodities like petrol, diesel and LPG. India even tried to internationalise the issue. There was considerable frustration in Kathmandu after the recent India-EU summit in Brussels called for an inclusive constitutional settlement.

On the street, despair was evident during the time of the blockade. Long queues of two-wheelers and cars could be seen outside petrol stations all over Kathmandu and groups of people helplessly evaluated the pathetic situation. Taxi fares increased at least four times. The lack of enough LPG supplies forced people to cut trees and haul the wood to their homes for cooking.

Though Nepalese Prime Minister KP Sharma Oli’s February visit to New Delhi resulted in agreements on many contentious issues, the embrace was quite stiff. This lack of warmth was reflected in the attitude of many Nepalese towards India weeks even after the blockade ended.

The lady in charge of the business centre at the Hotel Himalaya shouted: “Why are you Indians so inconsiderate?”

A taxi driver hurled unprintable abuses at Indian leaders but added that he had nothing against the Indian people.

A shopkeeper said that although he had relatives in Mumbai, he did not like the leadership in New Delhi.

The owner of a shop in Thamal, Kathmandu’s tourist shopping district, expressed dismay at the Indian attitude. “How can India with which we have such old, strong ties do this to us? We are a poor country.”

Pokherel said bureaucrats in New Delhi, hailing from Bihar and UP, which bordered Nepal, were to a great extent responsible for the recent downturn in relations as they wanted Nepal to toe the Indian line always. “These fellows have misled the Modi government. Even RAW, which wants Nepal to be India’s vassal state, is to some extent responsible for the deteriorating relations.”

Pokherel felt some Indians leaders did not fancy Nepal’s new secular constitution. They want Nepal to remain a Hindu nation. And the blockade was also aimed at pressuring Kathmandu in this regard.

Some years ago, BJP leaders had called Gyanendra, the last king of Nepal, the “Hindu Samrat of the region.” The late VHP chief, Ashok Singhal, had even said in Kathmandu: “It is the duty of 900 million Hindus the world over to protect the Hindu samrat. God has created him to protect Hindu dharma.”

The blockade prodded Nepal to end its existential dependence on India and look to China for solace. During the Nepalese prime minister’s recent week-long visit to Beijing, important accords were signed. One dealt with hastening the completion of the rail link between the two nations. China has also offered Nepal the use its port facilities. It is even ready to build an international airport at Pokhara. The possibility of signing a bilateral free trade agreement was also explored.

Nepalese Army chief General Rajendra Chhetri followed Sharma to Beijing. The visit has great significance at this point in time and could lead to closer military cooperation. No doubt, India will be angry if this happens. In 1989-90, a miffed India had imposed a 15-month blockade after Nepal bought some Chinese weapons.

Pokherel felt Nepal cannot easily end its dependence on India. There is a limit to what China can do to help Nepal. Chinese ports are about 3,000 kilometres away and it is not feasible for Nepal to use them for all its exports and imports.

The harsh reality is crystal clear. India must deal softly with Nepal. Or else the fire-breathing dragon will come closer and closer.

(The author is a journalist who has worked in India and abroad. His motto: Have a good laugh at everything and that will make your day. The views expressed are personal.)