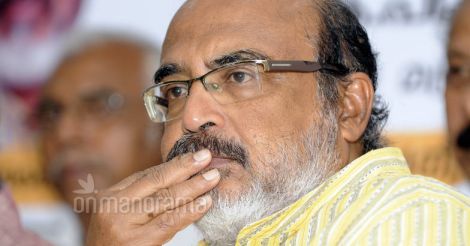 Invoking literary icons and quoting them to drive home a point has long been a part of the union as well as state budget presentations.

More than the literary inclination of the respective finance ministers, this was purportedly used as a tool to widen the reach of budget proposals.

Kerala finance minister Thomas Issac is no exception to this.

Read: Oppn alleges Budget leak: This is how the drama in Kerala Assembly unfurled

Initially, the finance minister drew parallels with MT's life and times to paint a picture of the state's socio-economic evolution.

He then went on to invoke MT's “Tuglakian reforms” quote to blast the central government's controversial demonetization drive on which the finance minister pins the blame on most of the state's fiscal woes.

The merits and demerits of the controversial demonetization drive is not the point of discussion, which we seek from the state budget.

Whether you like it or not, demonetization has happened.

The budget proposals should not be a mere critique of the Center.

It should, instead offer a vision on what the state intends to do to confront the daunting challenges that it faces.

Announcing welfare and reform measures are fine, but it needs to be laced with reality. In fiscal parlance, this could be termed resource mobilization.

Simply put, the government should unveil a road map to its fiscal trajectory, set milestones and more importantly, how it intends to generate additional revenue without taxing the layman.

That has never been the case irrespective of the party in power at the Center and state.

Perhaps, to present such concrete set of proposals, we need visionaries.

Unfortunately, that breed has become a rare commodity in our polity.