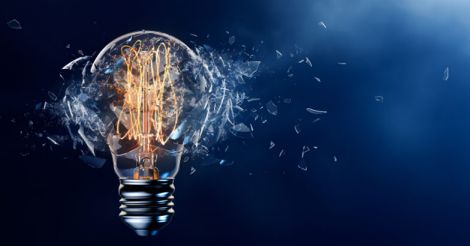 Disruption. It's a word business leaders love to repeat ad nauseum. It is constantly at work around us, knocking anything and everything off their comfortable orbits, whether they like it or not.

Donald Trump, if you will, was the greatest disruptor for many of us. He surprised most of the world by drubbing Hillary Clinton to be elected as the president-elect of the United States. And many fear the kind of disruption he will bring to a Washington, long accustomed to the orderly ping-pong of bipartisan politics.

The world nations fear his impulsiveness will tear apart the carefully calibrated alliances and geopolitical equations that past American presidents have created across the world. They sweat over the unpredictability a rank outsider to geopolitics will unleash across interactions between nations. And they worry how institutions built to play according to certain rules will find themselves inadequate to the challenges of a new Trumpian world. 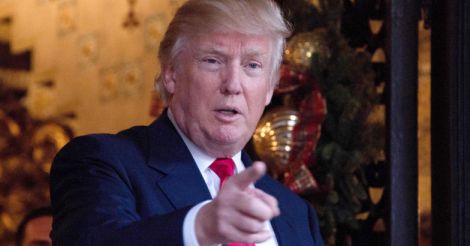 But, hey, if we recognize that change is the only permanent thing in the Universe, why are we surprised, even worried, of disruption?

Narendra Modi rattled the existing Lutyens elite when he swept to power, and what followed was all sorts of fear mongering. As if a monster had come to occupy the seat of power in New Delhi. Well, he was elected by the Indian people, which also means they rejected the old set of rulers. They voted for change, but not in the way the old ruling elite and their acolytes expected. They hoped for some sort of marginal change, when power will pass on to some party that is more Congress-like.

The American people wanted change but America's politicians expected the next POTUS to be someone like them. But here is Trump – and that is disruption!

The world will go through more disruptions, whether we like it or not. I see that accelerating this year. America is on the decline, and whatever Obama – who tended more toward careful deliberations than disruptive action – may say, China is ascendant now and the center of gravity of the world economy is shifting to the east. The outcomes of that shift may not be all that bad – the east can get its due without the resistance the west would otherwise put up as it tries to hold on to the privileges it gifted itself post world war II.

Not just geopolitics. Disruptions are already playing out at the level of the common people, in ways unimaginable, often making the old-world rules look like jokes.

Uber's Kerala chief recently told Onmanorama that his dream was to create an environment where people will not feel the need to own cars. Why pay the significant expenses for maintaining a car when you can get one to drive up to your doorstep at the click of a button – perhaps drive itself to your doorstep! Would you ever want a driving licence after that, or worry about drinking and driving?! 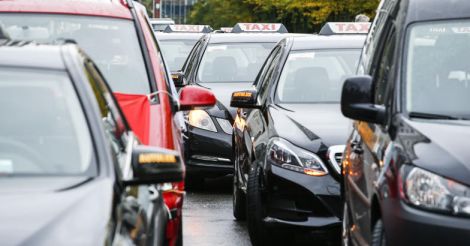 In the same vein, drones could be delivering pizzas to your homes, sooner than later. For the doubting Thomases, the software to regulate heavy drone traffic is already there. But what about a neighborhood kid trying to shoot down a drone and steal your pizza with a home-made radio-magnetic gun? Such petty things have never held back disruption :)

There is a lot of juice there for news reporters to write and news editors to pontificate about.

But news media, which loves to write about and analyze change, itself is one of the old-world fixtures going through a massive disruption. No longer are editors the only ones controlling the message. Anyone with a Twitter handle is now his own editor. Donald Trump keeps showing how it can be done: his late-night tweets are designed to disrupt the traditional news cycle and make editors develop panic-attacks.

In fact, there is no one who is more on the wrong side of disruption than today's newspaper editors. Their era is getting over and the new digital world, that is replacing newspapers, is not bound to any cycles, any newsrooms, or any particular medium. It doesn't even need gray-haired editors spewing wisdom. Think that is bad? I think that is disruption, good or bad. And that is the reality that is slowly enfolding us.

Demonetization, whichever side of the debate you are on, is disruptive too. Perhaps, a decade later even those who criticize it may kick themselves. The price of this forced disruption could be a more robust digital-ready economy even as other nations will be playing catch-up. Or let's hope it will be.

Disruptions have always been there but they evoke fear when they exceed the scale of expectation. But the pace of change is never constant, and the scale and pace of such disruptions can be more in certain time-periods than in others. We seem to be in such a power-drive period now.

Think of a staid world without disruptions. Would you love to live in a world without motor vehicles, or one without the textile mills? These were hugely disruptive technologies of their times and widely cursed when they were ascendant. Yet we cannot live without them now.

Would you have loved to live in a colonial world as a colonial subject? Thank Mahatma Gandhi, the great disruptor.

That is the whole point. Disruptions bring pain, but they also make our worlds more exciting and liveable for our children and grandchildren. Let us welcome the disruptors.