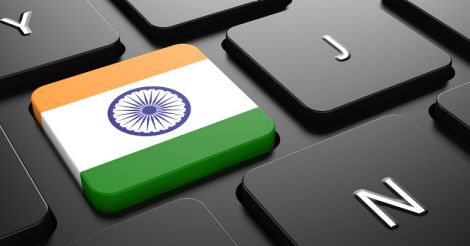 Picture this. It’s the Santosh Trophy football final in 2019 and the teams Kerala and Services are facing each other at a stadium in Lucknow. For whom will you cheer?

I know Malayalis all over the world will cheer for Kerala team. But whom are they facing? The Services – a team that represents the entire armed forces of India; the same guys who stand guard on our borders in rain and sleet, and fight the foes from across the border and the terrorists who come from the enemy land. So, which team should you be cheering for? Kerala or the Services?

Also read: The rise of the saffron dalit

We pick Kerala because it is the team representing our state. But will the rest of India or the Hindi heartland think the same way? Would someone from the ruling brigade say that not supporting the Services team is an anti-national activity? Would Malayalis be called unpatriotic for cheering Kerala team instead of the Services?

Well, if this seems like an unbelievable scenario, think again. The current political developments in the country are very well pointed that way.

Recently, during a promo event of the film Tubelight, a woman reporter asked the child actor in the film, a boy from Arunachal Pradesh, if it was his first visit to India. Although inadvertently, the reporter was subscribing to China’s argument that AP belongs to them. In this context, wasn’t that ignorant reporter’s query an act of treason for which she should be framed? She was actually implying that the boy is from a foreign country named AP. But the little boy from AP, Matin Rey Tangu, chose to respond with grace. He politely asked her: “When I am born in India, how can I ‘visit’ India?”

Love for the language

When Hindi was sought to be imposed on all Indian states in 1965 as the sole official language, the people of what was the then Madras Presidency resisted it. This resistance soon became a full-fledged war against the Indian State as represented by the central and state governments. There was much mayhem and almost 70 people lost their lives. Many were jailed. At the end of it, the central government conceded defeat and withdrew its directive to make Hindi the sole official language. But, there was a decree to study Hindi as a second language. But even this was waived for Madras. In Tamil Nadu, this agitation is akin to a freedom struggle and people who died in it are treated as tyagis/martyrs. The families of the dead and the living are still paid a special pension by the state government.

Were these tyagis anti-national or non-patriots? Interestingly, at the time of this agitation, a group was agitating in Delhi for imposition of Hindi and they were none other than the Jan Sangh, the present BJP in power. This also put an end to any national party ruling Tamil Nadu ever since.

There was a time when all Malayalis were considered Communists by the Center. How many know that for an appointment to a central government job, Malayalis had to go through double verification? One, by the state intelligence and another by the central intelligence. The scrutiny was to find out the character and antecedents of the recruit, basically whether they had a Communist background. This practice was stopped when the Janata government under Morarji Desai came to power in 1977. So, what were Malayalis till then? Suspected anti-nationals?

When we sit back in comforts of our living room and pass judgments on who is an anti-national, who is a patriot and who all are not, we should remember that all these terminologies have a history behind them. They are not labels that can be slapped on anyone with ease before crucifying him/her. And, patriotism is not standing up when the national anthem is being played.

India was sailing smoothly on the financial graph with a steady growth in GDP till 2016. Suddenly, a demonetization drive was announced by the prime minister in November 2016, known only to a few confidantes. This was supposed to eradicate 'black money' and counterfeit currency in the country. Barely six months after demonetization, India's Gross Domestic Product or GDP growth rate has slumped down to 6.1 percent in the January-March period, the lowest in more than two years. This growth rate was unexpected as the Central Statistics Office earlier in January had estimated 7.1 percent growth as compared to the 7.6 percent in 2015-16. With this March quarter report, India lost its status as the world's fastest growing major economy. Has anyone been made accountable for this financial debacle? All said and done, can this be called a pro-national, patriotic move when the result is negative?

Salman Khan, in his film Tubelight, has tried to define nationalism and patriotism in a very subtle and humane manner by placing a Chinese mother and kid in the midst of the Indo-China war. There are the usual rabble-rousers like the present Hindutva brigade who would have burned that woman and child on the spot. But, the villagers of that peaceful hamlet in Kumaon were made of a different mettle and they stand together for them. The movie may be a flop, but the story is germane to India’s current political situation. So, the next time you talk of patriotism and nationalism, think of those villagers. For, only the ones of their ilk can bring ache din to this country.

Anurag Kashyap's ex-wife Kalki Koechlin: You stood up for my integrity even after our divorce

Kalki felt this is a dangerous time.