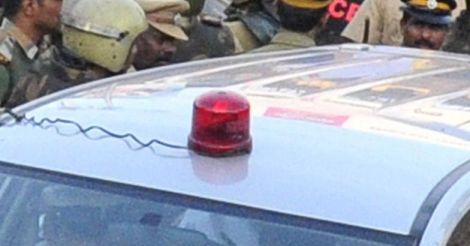 Being the daughter of a civil servant in India, my life was constantly on the move. My father’s frequent transfers meant I was continuously traversing various cities and spaces at a very young age. Each time I tried to adapt to a new setting and understand the native culture, it was time to move again. However, some things never changed - like being dropped off in school in a police jeep and being constantly recognized as a cop kid. Even worse, officers giving me tips to crack civil services when I grew up.

I distinctly recall how embarrassed I felt each time, when my dad occasionally decided to drop me off at school in his 'lalbati wala ambassador.' My teenage self cringed at all the unwanted attention and hype the unexpected lift garnered. That is because my father always made it very clear to us: “All the benefits you enjoy come attached to my job and position in society. Always remember that you aren’t entitled to any of these." His words are etched in my memory. Thanks to my dad, I got the concept of entitlement and privilege pretty straight, very early in my life.

But what about scores of other millennials who grew up in my generation. Each had a story to tell, an ambition to chase and responsibilities to take care of. What are their experiences about feeling entitled?

The line between 'I have earned it' and 'I deserve it'

Millennials, (also called Generation Y) are those who were born between 1980s and 1990s or those who are reaching their early adulthood in the millennium years. There’s often debates about this cohort, also called the Generation Y, being termed as lazy, narcissistic, and entitled. Workplace mentors might also repeatedly address them as demanding and lacking ambition.

There’s a blurring line between what these millennials believe they deserve and what they have earned the hard way. Take for example, friends of my teenage brother who believe, as students, they are entitled to luxurious foreign vacations, post their board exams. Or the likes of those VVIP kids who were willing to watch Justin Bieber lip sync at a rock concert for Rs.76,000. I am definitely not against any of these beliefs/likings, but it’s appalling to note that such expectations and willingness to splurge also come with a certain sense of arrogance and lack of empathy towards the better half of India, that’s still reeling under poverty, unemployment and insurgency.

The underlying problem with many Indian millennials is that they have a false sense of pride that blinds them from understanding what they truly deserve, be it free meal coupons or leadership roles in their careers. The Gen Y group often tends to think they deserve too much, which is also sadly coupled with their restlessness to earn it rightfully, the old school way. Their parents may have left them in a world which is more divided, polarized, radical, and confusing. But that doesn’t mean they frame their identities on the amount of wealth they possess, the number of promotions they get or those millions of Instagram followers they are crazy about. They sure need something greater to hold on to!

In a country like India, where wealth is synonymous with political power, fame mostly related to showbiz, and reservations remain a construed mystery, it’s only natural that milllennials grew up with twisted values. The Supreme Court, ruling against the use of red beacons in 2014, had opined: “Red beacons and multi-toned horns are reflective of the Raj mentality and are an antithesis of the concept of a republic." While the PM recently denounced the use of beacon saying #EveryIndianisaVIP, many ministers are yet to fall in line.

Bollywood too contributes to the promoting a plastic sense of entitlement in India, especially among the male population and the elite class. The recent mainstream Karan Johar saga titled 'Badrinath ki Dulhaniya' is an example. In this masala flick, the protagonist, played by actor Varun Dhawan, is yet another victim of those many Indian youngsters who practice and encourage patriarchal mindsets. Being an uber rich, good-looking and decent North-Indian, he sincerely believes the girl who he is going to wed to be the luckiest.

Be it legacy, lethargy, or the loathsome VVIP culture, it has all added to the concept of entitlement being wrongly hard-wired into young minds.

According to Deloitte’s fifth annual Millennial Survey, two-thirds of millennials surveyed in India express a desire to leave their organizations by 2020. In yet another survey conducted by Talentedge, 80% Indian millennials said they worked harder than their bosses. These surveys might note how Indian millennails are stressed, overworked and inconsistent at work. However, in a different perspective they might also be seeking fulfilling careers that let them balance both work and home related activities. Personally speaking, the best part about millennials is that they aren’t afraid to try and fail.

India, with 64 percent of its population in the working age group of 20-35, is going to be the youngest country in the world by 2021. Our millennails are going to be part of the largest human resource soon. Though very less is talked or researched about their dilemmas, it’s a proven fact that millennials are a generation of go-getters. However, it remains to be seen whether they break the legacy and take roads not taken or fall prey to unworthy entitlements.