New Delhi: The state government has informed the Supreme Court that, according to reports submitted by the committees headed by collectors, there are 27,735 cases pertaining to construction activities carried out in violation of CRZ norms in ten districts of Kerala.

The affidavit filed by state chief secretary stated that a detailed report will be submitted before the apex court by next September after completing all actions including inspection of the sites. The local bodies had prepared the list of 27,735 cases of violations till the second week of February.

The court had directed the state government to submit the details of the violations of coastal regulation zone rules and the action planned against such violations while ordering the demolition of unauthorized structures in Maradu last year.

Last September, the chief secretary had informed the court that there were 291 construction activities in violation of rules in Maradu municipality alone. He further stated that a high level committee would be constituted under a retired high court judge to examine the violations in other parts of the state and recommend action against the violators.

The state government had also sought four months time for the same. However in the backdrop of filmmaker Major Ravi, who owned and apartment in one of the flats demolished in Maradu, submitting a petition alleging that no further action had been initiated and it amounts to contempt of court, the government filed the affidavit explaining the action taken so far. Major Ravi would be given two weeks to reply to the government affidavit. 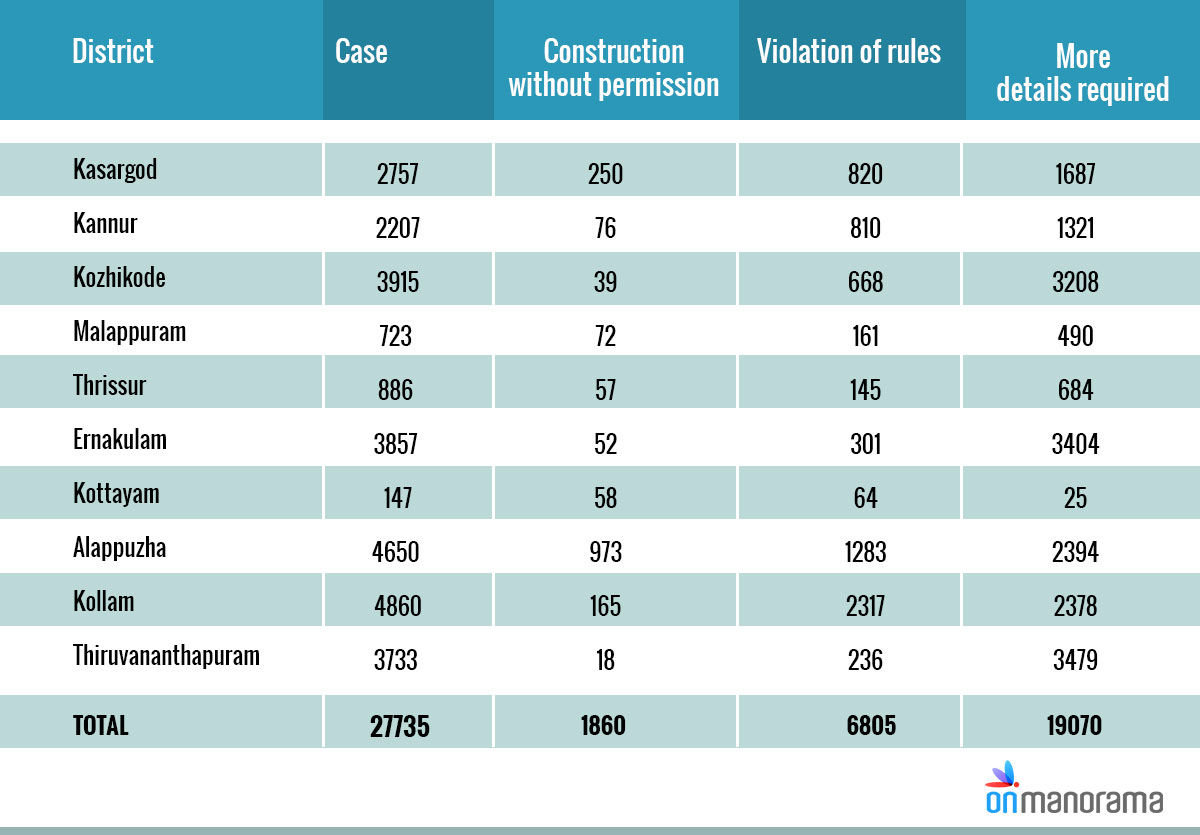 Tags:
Advertisement
MORE IN KERALA
SHOW MORE
The comments posted here/below/in the given space are not on behalf of Onmanorama. The person posting the comment will be in sole ownership of its responsibility. According to the central government's IT rules, obscene or offensive statement made against a person, religion, community or nation is a punishable offense, and legal action would be taken against people who indulge in such activities.
RELATED STORIES
Subscribe Newsletter