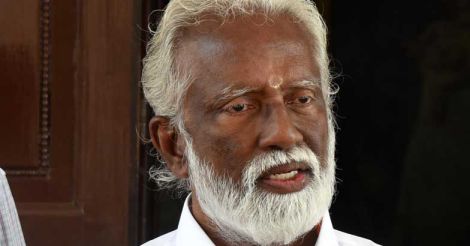 Thiruvananthapuram: Asserting it is 'against political ethics' to blame RSS and BJP over cancellation of his visit to a felicitation program in Bhopal, Kerala BJP Sunday hit back at Pinarayi Vijayan, saying the chief minister himself decided not to attend the event.

BJP state president Kummanam Rajasekharan said when police informed the chief minister that there was a possibility of protest against the alleged 'violence of politics' by CPM by certain organizations, Pinarayi himself took the decision not to attend the function.

Kummanam said even though police later told him that the protesters have been pacified, Pinarayi Vijayan said he was returning after canceling the program.

"It is against political ethics to blame RSS and BJP for it," he added.

Madhya Pradesh chief minister Shivraj Singh Chouhan and DGP had contacted Pinarayi over phone when they came to know about the incident, he pointed out.

Kummanam said CPM's style of attacking political rivals did not exist in any other states.

Earlier in the day, Pinarayi had lashed out at Madhya Pradesh police over inaction against RSS, saying the experience he underwent in the BJP-ruled state is a reflection of the culture of the Sangh Parivar and the government supported by them.