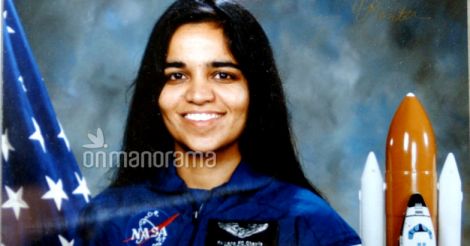 Nair said, NASA scientists took the damage to the space shuttle as "trivial", which proved to be a disaster, killing the crew members.

"If you look at what happened, the shuttle vehicle as you know was designed well, but in spite of this it proved to be a catastrophic failure.

"The indication of this was at the right of the launch pad itself. But people took a view that it is not a serious issue and can be managed. This is human error and not an engineering failure," Nair said, while inaugurating ORF's 3rd annual Kalpana Chawla Space Policy Dialouge.

Born in Karnal, Haryana, Chawla died on February 1, 2003 over the southern United States when Space Shuttle Columbia and the crew perished during entry into atmosphere, 16 minutes before the scheduled landing.

At launch, a briefcase-sized piece of insulation had broken off and damaged the thermal protection system of the shuttle's wing, the shield that protects it from heat during re-entry.

As the shuttle passed through the atmosphere, hot gas streaming into the wing caused it to break up. The space ship depressurized, killing the crew in less than a minute.

The crew of seven five men and two women, including Chawla had carried out some 80 experiments during their time in space. The mission was Chawla's second visit to space.

Nair said, if the scientists knew that was already some damage to the space shuttle, they should have anticipated the disaster.

"But they took that as a trivial incident and brushed it aside," Nair said.

He said, in a passenger aircraft, "it is the human element which leads to failure and wrong judgments

The former ISRO chairman also narrated an incident of an error of judgment and failure of a mission while he was with the space agency.

Learning from Columbia's disaster, Nair said when ISRO decided on its Manned Mission, the first thing that came to scientists' mind was how to rescue the crew members in case of an accident.

He said studies are on for crew escape mechanism in case of an accident, but this will take some time.

Incumbent ISRO chairman A. Kiran Kumar had recently said that the manned-mission is not a priority.

He said while achieving a record-feat of launching 104 satellites, ISRO satellites planned the missions months before the launch to ensure that the nano satellites don't collide with each other.

He said, ISRO has effectively learned from its failure in the past to come up with a robust missions.

Nair also batted for a aerospace development agency integrating the space and aeronautic industry and effective means to deal with space debris.