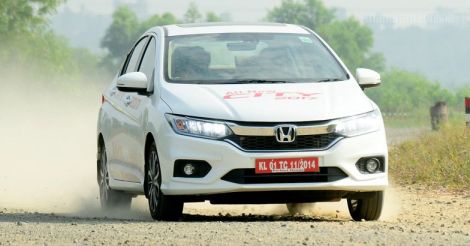 Everything about the Honda City is so systematic and meticulous. Honda has made it a habit to roll out a new model in every five years. Every two-and-a-half-years, the car-maker tries and gives the vehicle a bit of a face-lift to keep it fresh. Defective components or parts will be replaced by the company, regardless of the age of the car. As mentioned earlier, everything is done meticulously and systematically!

It seems the theory of calling it quits gracefully when one is at his/her peak was invented by the Japanese. When Qualis was an undisputed ruler of the Indian roads, Toyota suddenly replaced the flagship model with Innova. When the ‘futuristic’ City started to conquer the market, Honda withdrew it from market and introduced the all-new City as its replacement. After five years, the company has come up with another model. The new model has completed two-and-a-half years now, and here comes its facelifted version!

The fourth generation Honda City, since its launch in 2014, has sold 2.4 lakh units in India. The new upgraded version of its best-selling sedan is being introduced with an objective to quell the challenge posed by competitors in the segment including Maruti Suzuki Ciaz and Hyundai Verna.

The old City models that were popular in Japan in the 80s were small and humble vehicles: a hatchback as small as the Maruti 800s of those days. We are talking about the first and second generations of the Honda City. However, with the introduction of the third generation, which was the first City to hit the Indian roads, the sedan became bigger and better. The City is in its sixth generation now.

The 2007 face-lift hosts a revised front bumper, new chrome grille and an updated LED headlamp cluster. Notably, the front and rear changes are mostly inspired by the new Honda Civic. The Civic-like wrap-around tail-lamps, fog lamps and the console look fresh, but nothing much has changed on the side profile. The updated model comes with bigger 16-inch diamond-cut and reworked bumpers featuring new and wider LED tail lamps.

The City stays true to Honda’s H concept or the M/M (man maximum, machine minimum) philosophy, and keeps with the idea that a vehicle should have enough space reserved for human beings rather than for features and systems. As a result, there is plenty of legroom at the rear as well as storage space. 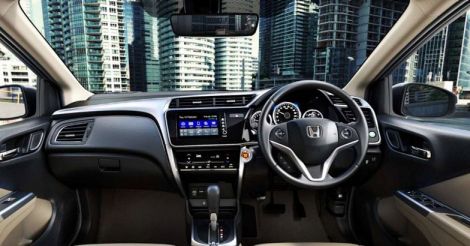 Moving on to the interiors, the new version has received minor cosmetic changes along with a slew of premium features. The leather-wrapped and stitched dashboard looks classy. The central console too is mildly redesigned. The updated 6.9-inch infotainment system with 1.5 GB internal memory offers smartphone connectivity for both Android and Apple devices (Android Auto and CarPlay compatibility).

The auto air-conditioner with touch screen controls has been retained. The AC controls will be displayed on the panel only if the switch key is pressed. The meter panel will display different colors in different driving modes. The quality of the steering and the gear knob is top-notch. The top-end petrol variant comes with a CVT gearbox with paddle shifters. Honda has offered the electric sunroof for the high-end petrol and diesel variants. 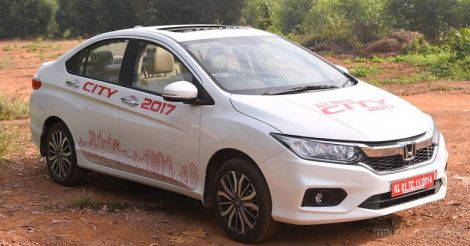 The CVT gearbox in the petrol model makes driving more enjoyable. Technically, it is simple, but offers better fuel efficiency. The 1.5-liter i-VTEC engine returns 18 km per liter while the 119 PS engine manual transmission has a rated efficiency of 17.8 km per liter.

Thought the diesel variant churns out a maximum power of just 100 PS, the high torque and the brisk acceleration, as compared to the petrol trim, ensures excellent ride quality. The sixth gear in the new six-speed manual gearbox engine has only a limited role to play. On the mileage front, City promises 26km/l from the diesel engine.

Honda has launched the 2017 City at the same price as its predecessor.