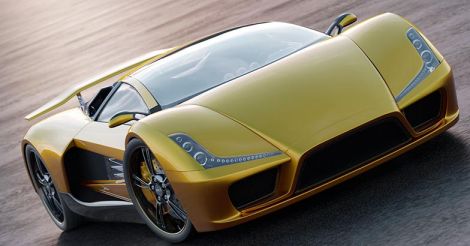 The appetite for luxury cars among affluent Keralites has remained high as around 150 units of cars in the high-end segment with sale price of more than Rs 25 lakh each are sold in the State every month. Photo:iStock

Kochi: A majority of the roads are riddled with pits and potholes, while the remaining ones are not wide enough to handle the ever-increasing volume of traffic.

However, data shows no correlation between the sales of luxury car brands in Kerala and the poor condition of the State’s road network.   The appetite for luxury cars among affluent Keralites has remained high as around 150 units of cars in the high-end segment with sale price of more than Rs 25 lakh each are sold in the State every month.

The industry has registered sales of around Rs 75 crore per month.

The annual sales figures of luxury carmakers such as BMW, Audi, Volvo, Porsche, Jaguar Land Rover, etc. will make one’s jaw drop. Based on an average price of Rs 50 lakh; although most of the cars carry a price tag of anything between Rs 28 lakh to Rs 3 crore per unit, the industry could register total annual sales of nearly Rs 900 crore. By adding insurance premium, first-time registration charges and road tax to this figure, annual turnover of the State’s premier car segment would touch the Rs 1,000-crore mark.

In the district-wise breakup, Ernakulam leads the luxury show, followed by Kozhikode, Thiruvananthapuram and Thrissur. Notably, units sold in Malappuram and other northern districts are credited to the account of Kozhikode.

A majority of the buyers are Non-Resident Indian (NRI) industrialists, while the remaining are the leading businessmen, including those from the medical and IT industries, in the state.

A majority of the customers employ full-time drivers, taking into consideration the poor condition of roads and inadequate parking facilities. The demand is more for diesel models, while white and silver are the most preferred colours.

The luxury car industry in Kerala has been registering a decent growth of 10-20 per cent per year, making it a lucrative market for the top-end carmakers. The sales in the domestic luxury car market often exceeds that of country’s metro cities. Kochi, where a majority of the dealers are located, is the hub of the luxury car market in Kerala.

According to market experts, the general trend now is moving from a traditional sedan to a crossover vehicle.

BMW continues to be the leader in the State’s luxury car segment with annual sales of over 800 units per year or 65 units monthly. Kochi alone accounts for 15 units a month, while around 10-12 cars are sold in Thrissur.

The sale of Mercedes-Benz luxury SUVs has also been growing steadily in the State.

Of the total of around 800 cars sold in Kerala, 200 units are SUVs. If the average price per unit is Rs 50 lakh, the annual revenue would be around Rs 400 crore. Another Rs 80 crore will be added to the total on-road price as insurance, registration charges and road-tax.

Audi stands second in terms of volumes with sales of around 45 units per month. A total of 132 vehicles from the JLR stable were sold in the State last year. If the average price was Rs 60 lakh per unit, the Tata Motors-owned brand had an annual sale of over Rs 80 crore.

If the average price is Rs 50 lakh per unit, the annual turnover of the segment will be around Rs 900 crore from a sale of 1,800 units. Insurance premium and road tax will take that amount to Rs 1,080 crore.

Amidst upbeat data and sales figures, what worries the dealers is the frequent complaints of shortened tyre life they receive from the owners of these costly wheeled beauties, owing to the poor condition of our roads.