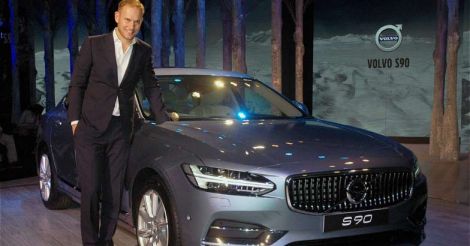 Mumbai: Swedish luxury car-maker Volvo Cars, which Friday launched its newest sedan S90 that has an under 2-liter diesel engine at an entry price of Rs 53.5 lakh, said it is expecting to close the year with 20 per cent increase in sales.

"Our sales rose 20 per cent last year to around 1,400 units. We are sure with the S90, we will be able to match that growth rate or even improve upon it provided we get enough units," Volvo Auto India managing director Tom von Bonsdorff told PTI on the sidelines of the car launch here today.

"Since the Spring launch, the S90 has been getting huge demand globally and I hope that the headquarters can send us at least 1,000 units here," he said.

On the uncertainty over diesel cars in the country, he said if there is market we can bring in petrol models anytime. Currently, it has two petrol models- S40 and S60.

Volvo Cars, known for its SUVs and Estates, sells its flagship 7-seater luxury SUV XC90, which is its volume grosser, the entry model hatchback S40, S60 Cross Country sedan, and the XC60 SUV in the country.

All these models are imported units and Bonsdorff said the company, unlike most of its peers, does not have any plan to have a local assembly line in the country.

When asked about more launches, he said Volvo will be launching one new model a year. 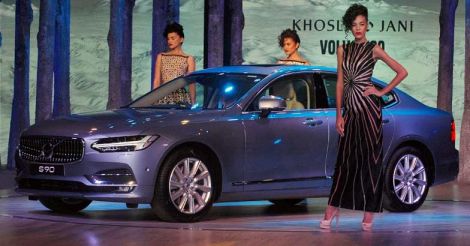 Despite entering the domestic market in 2007, Volvo is a marginal player here but Bonsdorff said he expects to close the year with 4-5 per cent market share.

On dealership expansion, he said currently they have 16 dealers which will go up to 20 by December-January by adding a dealer each in Lucknow, Pune, Jaipur and Indore.