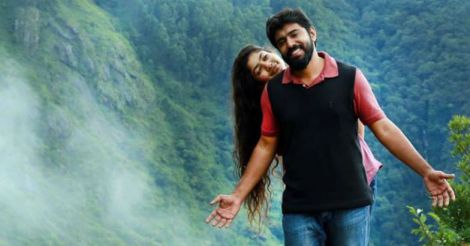 A still from 'Premam'.

No, no, no! There is no halt to Premam fever in Tamil Nadu. Screenings of the Nivin Pauly-starrer blockbuster, which was expected to end its run at Escape Cinemas at Express Avenue mall in Chennai on Wednesday, will continue.

A show of Premam per day will continue despite the arrivals of new Tamil films as Pongal releases. The website of the multiplex has opened booking for the next week and Premam has been listed throughout the week. The movie has already crossed successful 230 days at the multiplex.

The movie and its characters have also become talk of Chennai and Tamil Nadu. The frenzy hit such an extent that fans of the movie in Tamil Nadu started sharing memes on social media with stills from the movie.

Many also demanded that Tamil filmmakers should not try remaking the film as they are in love with the original.

Not just Nivin Pauly, the movie won its actors Sai Pallavi, Madonna, Vinay Forrt and the likes many fans in Tamil Nadu.

With plenty of movies releasing every week, in Chennai, it is hard for films to even cross 25 days in theatres but Premam had a smooth run with youngsters watching it again and again.

Team Premam celebrated the 222nd day in Chennai recently, with the lead actor Nivin Pauly watching the movie there. The actor, who was in the city for the shoot of actor Chiyaan Vikram's short film based on Chennai flood relief activities, attended a celebration function of the movie with his crew members.

Premam was the biggest hit of Malayalam last year. On a meagre investment, it reportedly minted over Rs 75 crore worldwide. Directed by Alphonse Puthren, the movie had completed 125 days in Kerala.