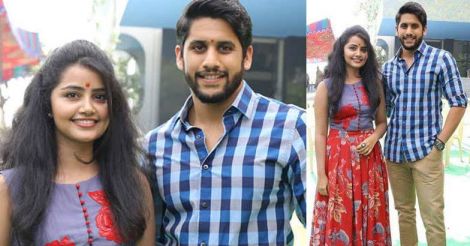 The phenomenal success of Premam has shifted the spotlight on young Anupama Parameswaran, who is on a signing spree in Telugu cinema.

The team of Chandoo Mondeti's new film got together at a private studio in Hyderabad on Saturday to celebrate the pooja of the Telugu remake of Malayalam blockbuster Premam titled Majnu, starring Naga Chaitanya, Shruti Haasan, Anupama Parameshwaran and Aisha Sharma.

Anupama Parameswaran, reprising the role of Mary will be one of the film’s leading ladies. The film is scheduled to go on floors from December 3 in Visakhapatnam.