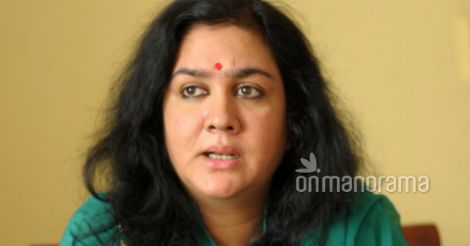 The Kerala State Human Rights Commission has now sought an explanation from a Malayalam television channel upon an earlier complaint that actor Urvashi allegedly misbehaved and insulted participants during a show.

According to a complaint submitted at the rights commission, the popular south Indian actor used foul language while anchoring a program that discusses issues of couples involved in marital disputes.

Urvashi spoke to men present in the program in a 'cultureless' manner, the complainant added.

"Urvashi's behavior amounts to insulting the judiciary system of India. How can a person, who uses foul language after getting drunk, can interfere in others' troubles?," the complainant sought to know.

“Urvashi is making fun of people who belong to the economically backward class of the society,” Shefin further said.

Acting upon the complaint, the rights panel's acting chairman P. Mohandas asked Legal Services Authority and managing director of the television channel to file an explanation in a month's time.

Last year, the actor addressed an event organized by a section of Kerala assembly's women employees in a drunken stage and the officials had to pack her off.

Urvashi, who has won the Kerala State Film Award for Best Actress six times, was married to actor Manoj K. Jayan for 8 years. After their divorce in 2008, Urvashi married a Chennai-based builder Sivaprasad in 2013.